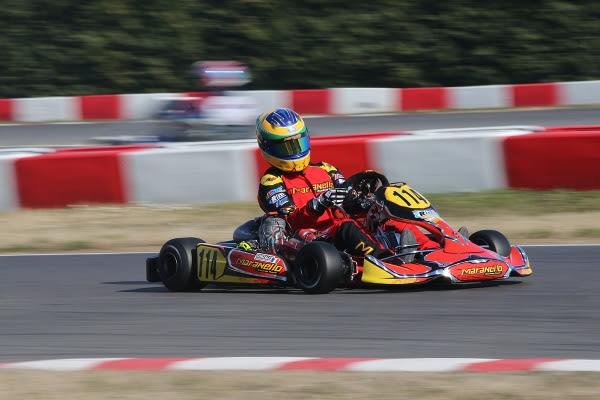 The dominator of the recent Spring Trophy in KZ2 Nicolas Gonzales will be part of the Maranello Kart’s squad on track next 26 March for a race that announces to be highly spectacular, alongside the other drivers of the Italian outfit.

Maranello Kart is about to get again on track at the South Garda Karting circuit of Lonato for the 28th edition of the Andrea Margutti Trophy, race organized by Parma Motorsport for next 24-26 March. The Italian outfit will line up a top class team in this international CIK-FIA race with more than 220 drivers at the start.


After the spectacular domination of Nicolas Gonzales at the recent Spring Trophy of KZ2 in Lonato, Maranello Kart will field again the French driver in the important and traditional Andrea Margutti Trophy, alongside the other color bearer of the Italian outfit Massimo Dante, the Austrians Christoph Hold andPhilipp Moitzi will be on track for Maranello Kart Austria, Flavio Sani andMarco Pastacaldi.

The Andrea Margutti Trophy announces to be an interesting race, especially in KZ2 that will have 54 drivers at the start in a high level technical and sporting challenge that will have Maranello Kart’s drivers among the main protagonists led by team manager Stefano Griggio and Tiziano Rizzo for TM Racing engines.

Maranello Kart will be represented by the young Austrian Kiano Blum in 60 Mini, while Yannick Federer will be fielded by team SRP Racing.