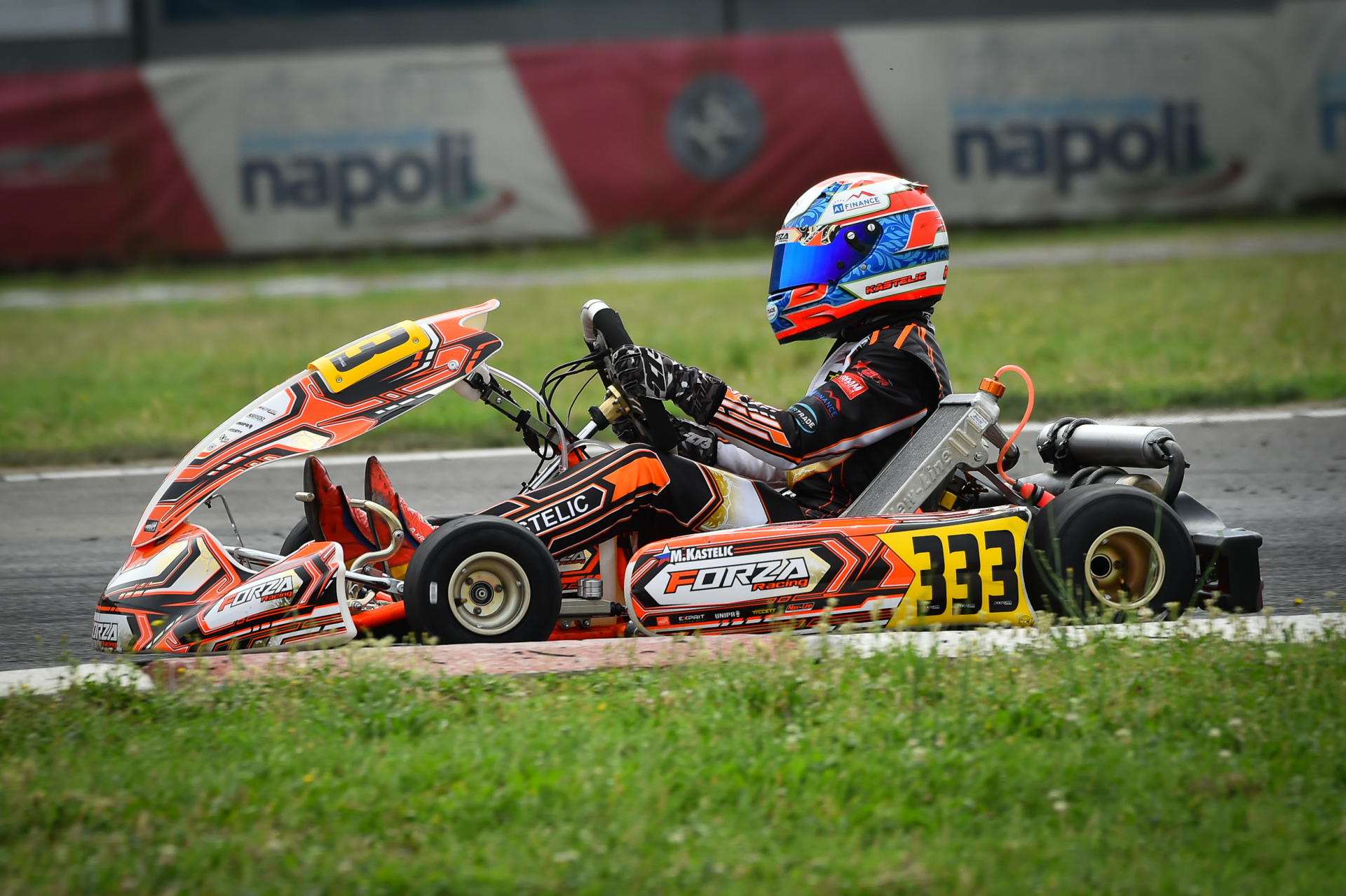 0
0   0
The Slovenian completed his second weekend in a row after his debut in the FIA Academy Trophy at Wackersdorf (Germany), which ended with a good comeback.

At the Sarno track, Mark was able to work with the team to collect useful data ahead of the European Championship in a week’s time. A technical problem in qualifying did not allow Mark to obtain a better lap time, and in the heats the fight in the middle of the group resulted in some penalties for the release of the front spoiler.

However, on Sunday, Kastelic was able to recover well from the positions in the pre-final to qualify. In the final, Mark was in the fight but an accident in the early stages forced him to restart from the back of the grid with some damage to the chassis. In spite of this, Kastelic recovered seven positions to finish in P25 under the chequered flag.