NZ Winners Head the Kiwis at City of Melbourne 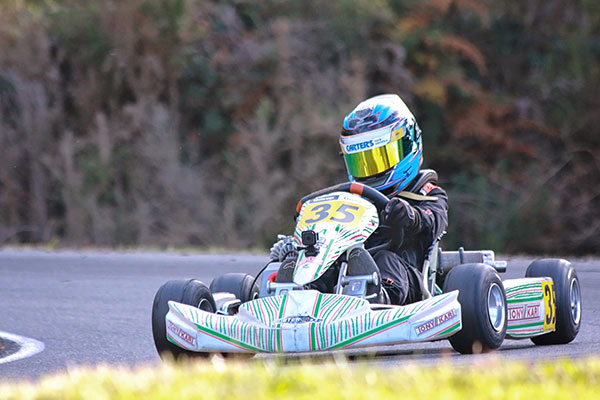 The Christchurch pair earned the right to compete at the meeting thanks to their performances over the 2018/19 Manawatu & TRC Toyota-sponsored WPKA Goldstar series, Sharp winning the Vortex Mini ROK class, Izaak Fletcher Cadet ROK.

This is the sixth year Vortex ROK class winners at the annual WPKA Goldstar series have earned trips to the meeting, with previous recipients and representatives including Ryan Wood from Wellington, Jackson Rooney from Palmerston North, Liam Sceats from Auckland, Tom Bewley from Havelock North and Sharp.

Also making the trip across the Tasman, in a group organised by Nelson kart shop Tasman Kart Supplies, are three other young karters from the South Island, Zavier Harvey, Alex Crosbie and Alex Patrick. They will be driving Sera karts with engines provided by the J&A Kart Tuning Centre and assistance from the Melbourne Kart Centre.

One of the other Kiwi karters making the trip to the big Melbourne meeting – which has attracted 335 entries over 12 classes – is Auckland’s Josh Richmond.

He is using the meeting to make his Senior debut – in the Iame X30 class which has attracted 36 entries including that of current Supercars ace Nick Percat!

NZ Winners Head the Kiwis at City of Melbourne