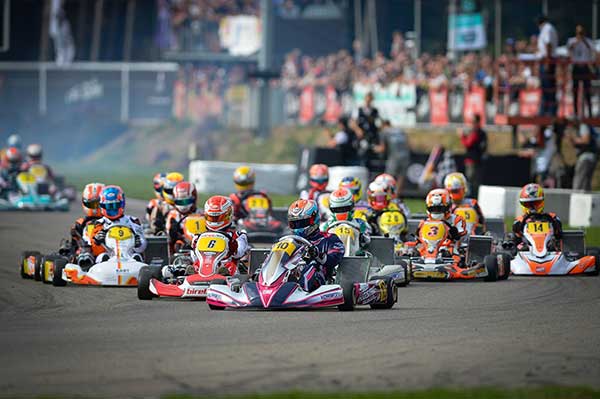 Patrik Hajek (CZE) became FIA ​​Karting World Champion – KZ in Genk (BEL) this weekend. Kobe Pauwels (BEL) won the FIA ​​Karting Academy Trophy Final where the Trophy was won by Jose Maria Navalon Boya (ESP) and Matteo Vigano (ITA) triumphed in the FIA ​​Karting International Super Cup – KZ2. The Genk Competition will be remembered as a remarkable event thanks to the show, the quality of the organisation and the large audience.

More than 4000 spectators had the chance to attend a spectacular sporting event and a high quality show orchestrated by the teams from the circuit of Genk and RGMMC Promotion in the presence of Felipe Massa, President of the CIK-FIA. At an impeccably prepared venue, the staging of the Competition brought spectacular innovations that enhanced the attractiveness of the discipline to the general public as well as partners and VIP guests. In the end, all those present received an extremely positive impression.

The 2018 Historic Super Cup was particularly well received under a large marquee at the entrance of the paddock, welcoming many visitors to see the karts emblematic of the history of karting from 1959 to 1984, along with the original kart with which Lewis Hamilton won the European FA Championship in 2000. Several demonstrations on the track revived these machines to the delight of all.

The favourites after the Qualifying Heats, Patrik Hajek (CZE), Matteo Vigano (ITA) and Jose Maria Navalon Boya (ESP) were crowned in their respective categories, even though Kobe Pauwels (BEL) won the Final in Academy. With its sporting and popular success, the 2018 World Championship Belgium will remain an outstanding feature of this decade of international karting.

Three years after the Karol Basz won the World title in KF, Patrik Hajek became the second World Champion from the Olivier Maréchal’s Kosmic Racing Department, and the first Czech to win this crown, a great reward for a brave Driver who has been searching for a major success for many seasons. 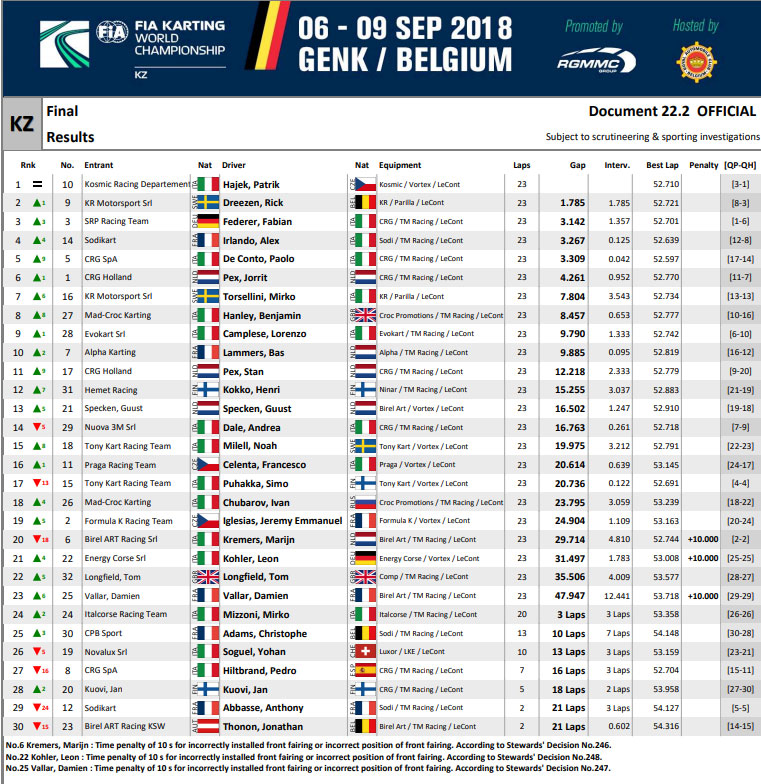 Points leader Jose Maria Navalon Boya (ESP) confirmed his ascendancy in the FIA ​​Karting Academy Trophy with an additional victory in a Heat. Yet his rival Kobe Pauwels (BEL) quickly took control of the Final. The gap varied between the two contenders, but Navalon Boya, holder of the fastest lap, decided not to take any risks, knowing that he was already assured of winning the Trophy and contented himself with the second step of the podium. Joshua Rattican (GBR) was brilliantly 3rd in front of Craig Tanic (FRA), later penalised for a poorly positioned front fairing. Guilherme A. De Figueiredo (BRA) recovered 4th position and Robert De Haan (NLD) finished 5th. 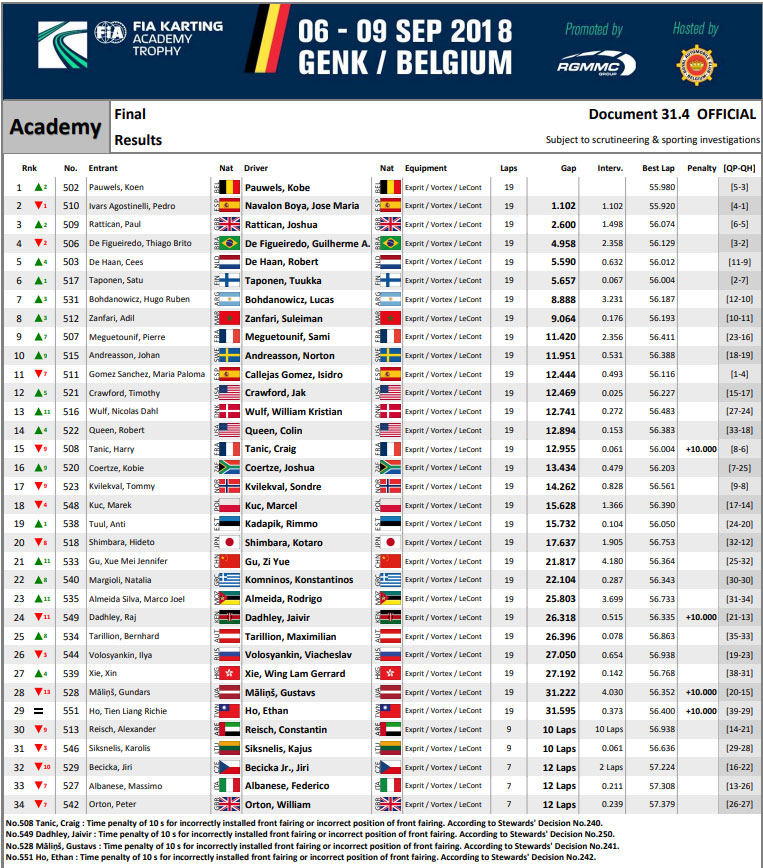 VIGANO TRIUMPHS TO THE END

Dominant in the International FIA Karting Super Cup – KZ2, Matteo Vigano (ITA – Tony Kart / Vortex / LeCont) only conceded a 3rd place in his last Qualifying Heat against rivals who had already fitted their new tyres. This did not prevent the Italian from starting in pole position for the Final alongside Adrien Renaudin (FRA – Sodi / TM Racing / LeCont). 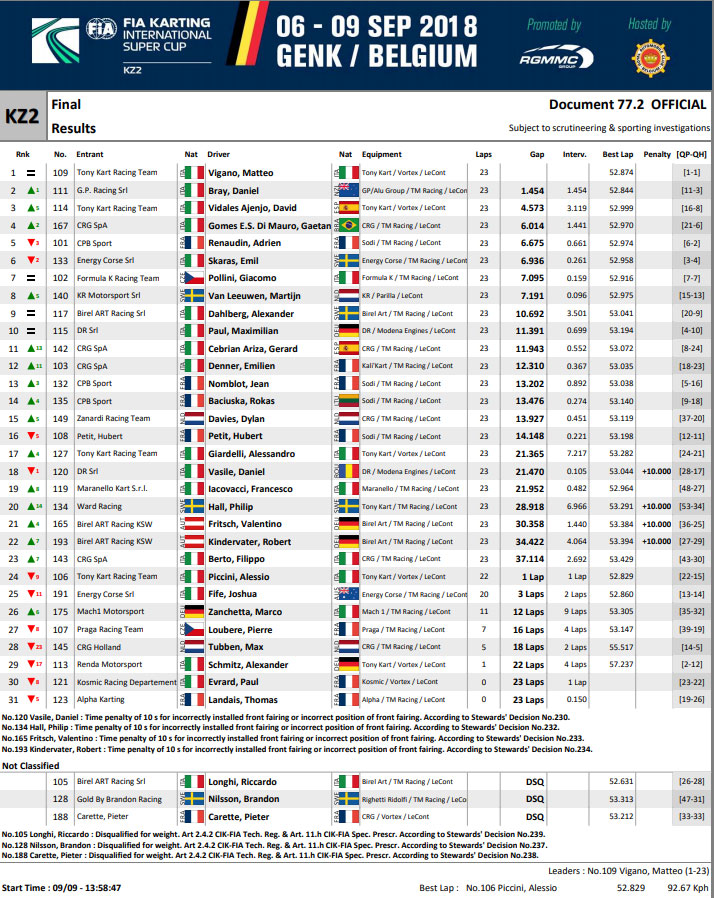