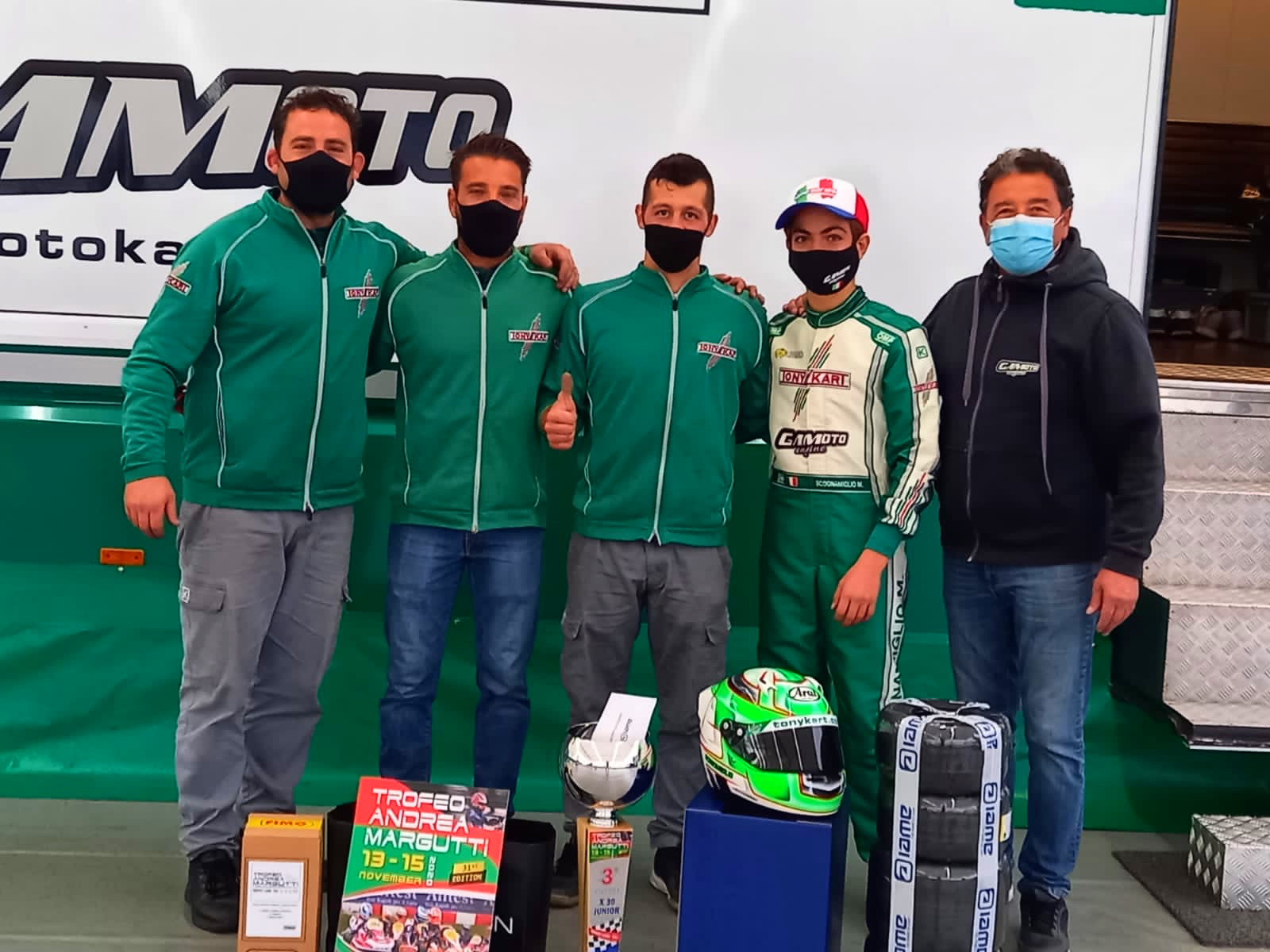 Positive weekend for Aleksandar Bogunovic, constantly close to the top 10. After obtaining the 10th position in the group in timed practice, the Slovenian driver performed well in the qualifying heats on Saturday. On Sunday, thanks to his good pace, Bogunovic stood out in both the pre-final and in the final, gaining through the ranks to finish in 14th position.

X30 Junior – Scognamiglio climbs on the third step of the podium

Despite an opaque qualification, Scognamiglio recovered several positions in the qualifying heats, which allowed him to start from 15th position in the pre-final. Having climbed up to 6th in the latter, the Italian took the third step of the podium in the final, thanks to a good pace.

In his second race in the Junior category, Enea Frey showed steady growth over the weekend. After an unfortunate qualifying, the Swiss driver showed good speed in the heats, recovering several positions. In the pre-final, Frey finished in 15th, recovering 10 positions from the start, to then close the final in 14th.

Salvatore Gatto, Team Manager: “I’m satisfied with the results obtained this weekend. Although the qualifications were not favorable, the team did a great job and the drivers gave us the right indications. Now we have to prepare ourselves as best we can for the season’s finale.”