Red triumph in WSK at Adria 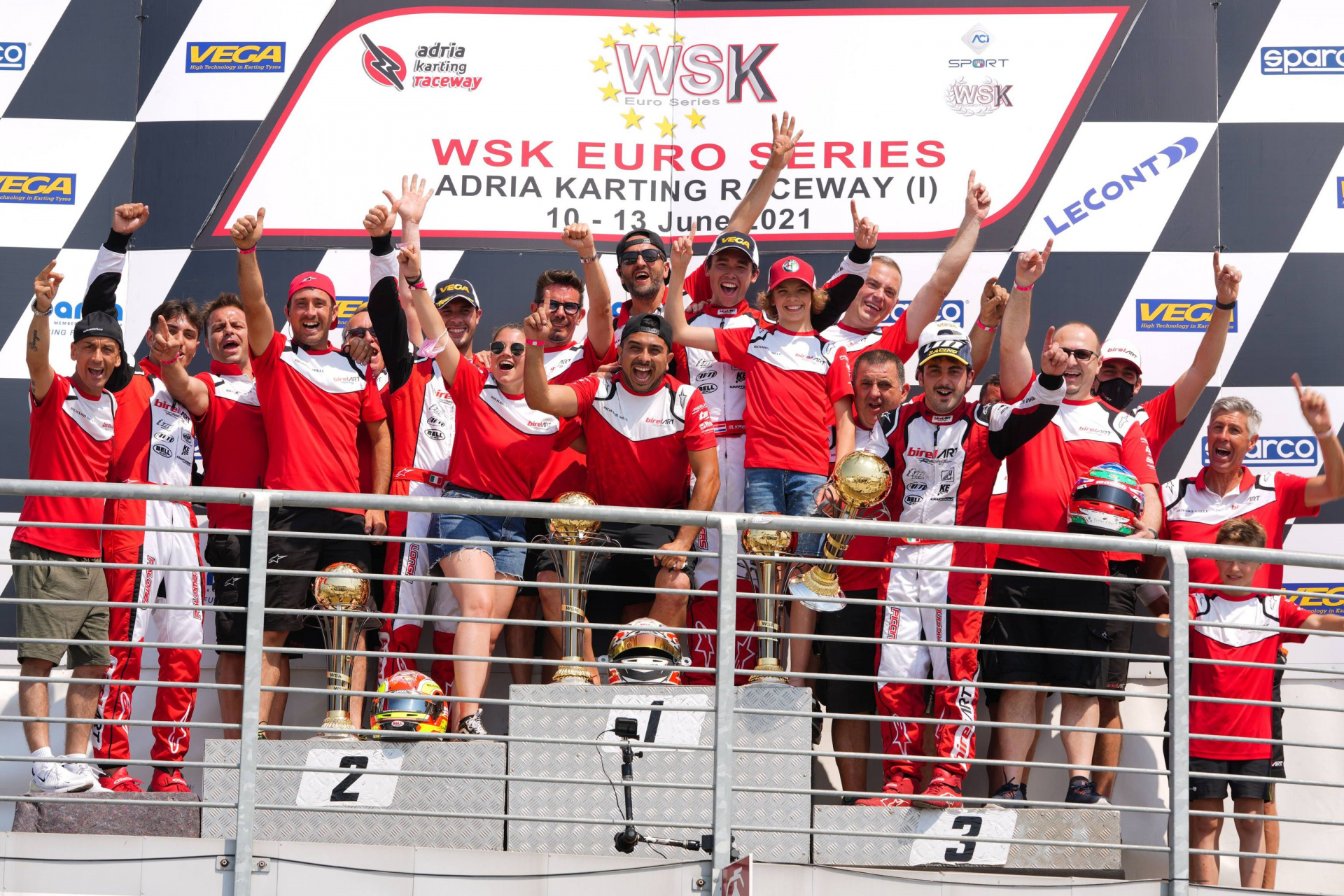 0
0   0
There were also strong performances in the other three categories. In OK, Tymoteusz Kucharczyk demonstrated the competitiveness of Birel ART by taking the 2nd step of the podium with the fastest time of the Final. William Macintyre did great in the Junior class and Dries Van Langendonck in the Mini class.

“I am extremely happy with the work of the whole team”, said Ronni Sala, President of Birel ART, “To have four of our drivers in the top four places in KZ2, both in the Final and in the Championship standings, is a very intense and gratifying moment. It is even more important as the European Championship starts next week and we faced the best teams in Adria. I would like to congratulate Marijn Kremers who is still as competitive as ever, Riccardo Longhi who is able to manage the team while remaining very fast at the wheel, Alessio Piccini whose 3rd place is extremely pleasing and of course Giuseppe Palomba who has fulfilled his mission perfectly. The weekend also went very well in OK for Tymotesz Kucharczyk and the Leclerc by Lennox Racing driver who followed him on the third step of the podium at the wheel of a Birel ART/TM. The results were slightly less good in the Junior and Mini categories, but the competition is not always favourable and the performances were also very interesting in these categories.”

Unfailing domination by Kremers
Marijn Kremers took pole position and then won all three heats, twice being the fastest, then winning the Prefinal and the Final with the fastest laps in the race. It is worth noting that he set the fastest time on the 19th of the 20 laps of the Final, which says a lot about the potential of his equipment.

Exemplary performance for Longhi
The new team manager of Birel ART Racing has not lost his driving skills. Constantly in the top three of the heats, he took a victory with the fastest time. 2nd in both the Prefinal and the Final, he is now 2nd in the Championship.

Good progress for Piccini
Alessio Piccini started from 16th position in the Timed Qualifying session, but proved to be particularly comfortable as he made up eight places during the heats before winning his Prefinal. He then monopolised 3rd place throughout the Final.

Excellent consistency for Palomba
Giuseppe Palomba showed a very good competitiveness during all the phases of the event. Back in the top five of the heats, he obtained 3rd place in his Prefinal before securing 4th position in the Final despite strong pressure from his opponents.

Kucharczyk reaches 2nd place in OK
Although the OK field was less significant in numbers, the standard was very high. Running in the top five of the heats, Tymotesz Kucharczyk then took 2nd place in the battle of the Final stages with the fastest lap in the race. He is now 3rd in the Championship. Matheus Morgatto kept a very good pace to enter the top four of the heats with a gain of 12 positions. He confirmed his 3rd place in the Prefinal, but did not complete a lap in the Final. Cristian Bertuca was not spared by setbacks at the beginning of the meeting, but he made up some ground in the Prefinal before entering the Final top 10 after a good recovery.

A retirement and a spoiler in the heat, as well as a penalty in the Prefinal, should not make us forget the three good heats and the progression of more than ten places for William Macintyre in OK-Junior. Dries Van Langendonck had four top five finishes in the Mini category, with two fastest times. Despite a retirement he still had a chance, as proven by his 7th place in the Prefinal. He quickly climbed back into the top 10 in the Final, but his efforts were not rewarded because of a contact at the end of the race.