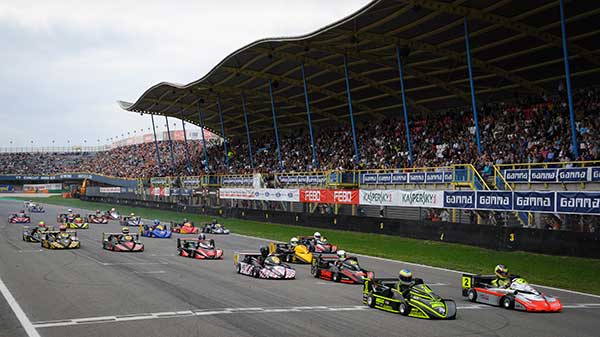 The second Competition of the 2018 FIA ​​Karting European Championship offered great fights at the TT circuit Assen (NLD), on 18th and 19th August in front of a huge audience. Although Peter Elkmann, the defending champion, seemed to dominate the racing, against all odds the outcome of the second race on Sunday opens up the Championship.

The ranking was logical after Qualifying with Peter Elkmann (DEU – Anderson / VM) seizing the provisional pole with 1’35”079 during the first session. He headed his usual rival Adam Kout (CZE – MS Kart / DEA) and Yannick de Brabander (BEL – MS Kart / VM). The gaps were then much larger.

The second session took a long time to come to life, and Kout improved a bit while Andreas Jost (DEU – Anderson / VM) progressed significantly and took a place on the 2nd line in front of Daniel Clark (GBR – Anderson / VM). In the final minutes, Elkmann showed his current superiority by achieving an excellent time of 1”34”699. 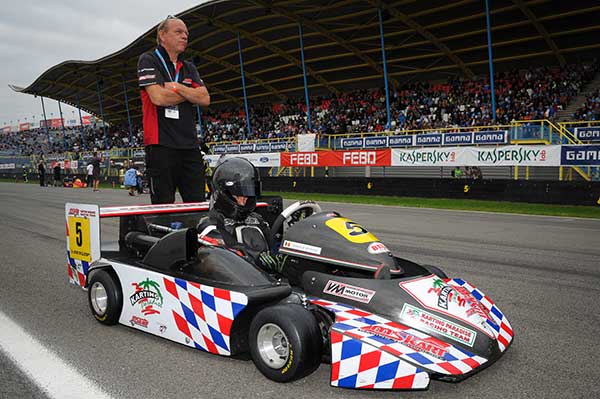 The first race was lively for the podium places behind the leader. Leading from start to finish, Peter Elkmann dominated the Race without sharing the lead. He quickly escaped, building a big gap that totalled nine seconds. Adam Kout could not keep pace with his rival from the second lap.

All attention was focused on the fight between Kout, De Brabander and Jost, especially from lap 5. Kout lost ground suddenly, Jost overtook him, soon imitated by De Brabander, and the Czech was undeniably in difficulty. Two laps later, Jost dropped back to 4th, but recovered and went on the attack again. 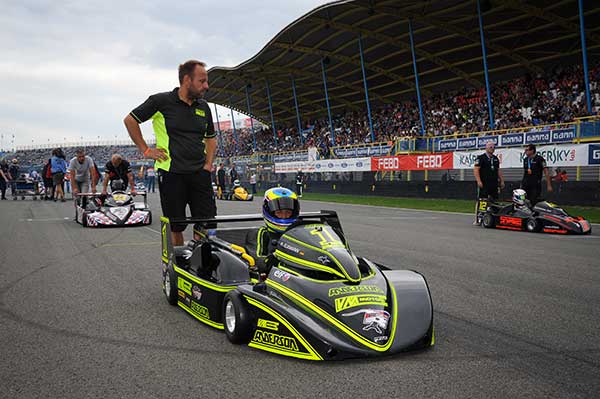 On lap 8, Elkmann was alone in front, while De Brabander was ahead of Jost and Kout. Further back, Marcel Maasmann (NLD – Anderson / VM) was gradually joined by the top Briton Carl Hulme (GBR – Anderson / VM), with Clark failing to follow him.

Kout saved his race in 4th place and left his two opponents to battle to the end without the order changing while Elkmann was assured a strong victory. Maasmann (5th) and Hulme (6th) passed under the flag superbly, separated by three hundredths. 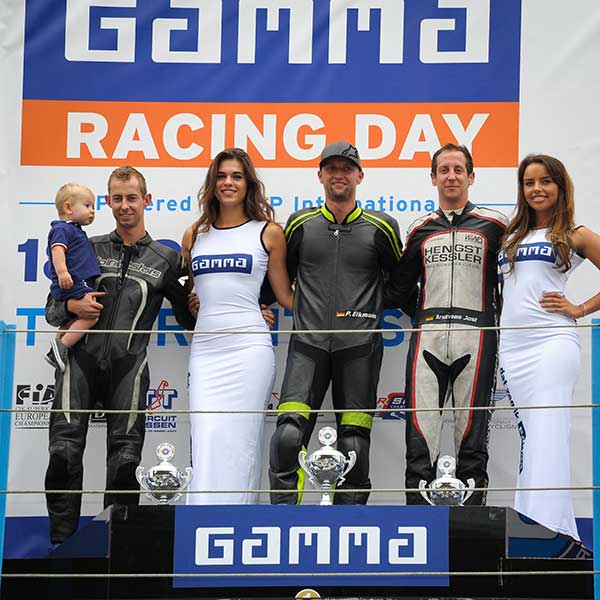 At the start of the second race, Elkmann took the lead, but did not get away. De Brabander, Maasmann, a surprised Kout and Jost followed suit. 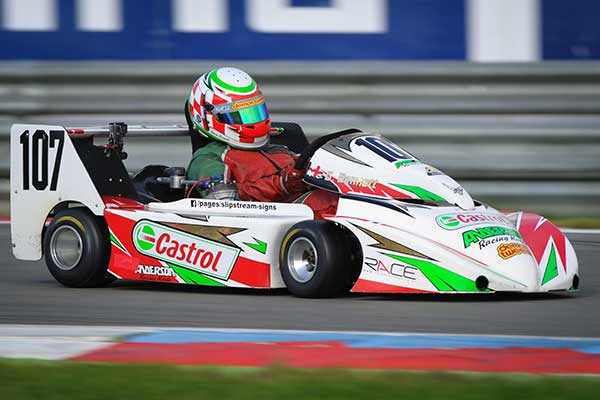 On lap 8, there was drama when Elkmann’s engine broke and he had to give up. Kout and De Brabander were fighting for victory to the end. The Czech resisted, but the Belgian finally found an opening on the last lap. Jost finished 3rd on a good pace four seconds later. Clark had recovered the power lost the day before and progressed, and came back to Maasmann in 4th, but was penalised later. 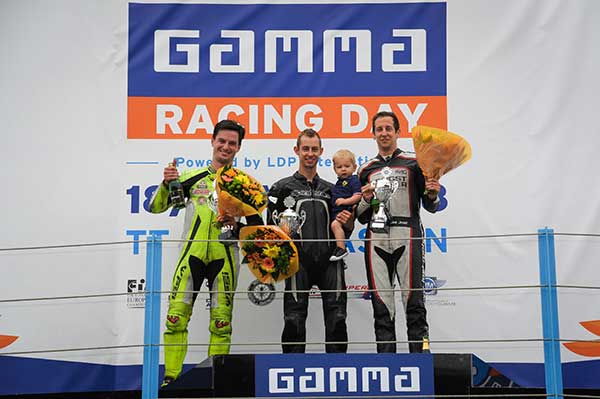 The big beneficiary of Assen was De Brabander, who is back in the title race. Elkmann kept the championship lead ahead of Kout, but still had the advantage of his three wins. Jost scored points on his fourth consecutive podium.

These four protagonists will be in contention for the title at the last Competition, at Le Mans (FRA) from 26th to 28th October. 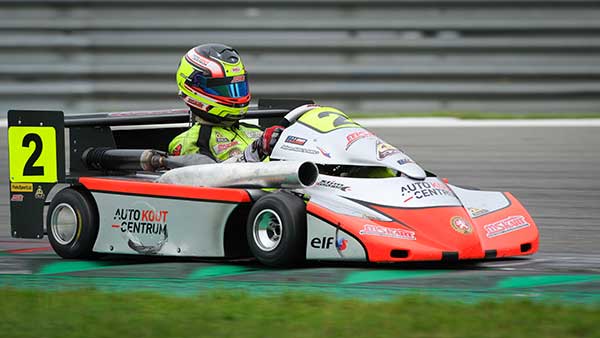 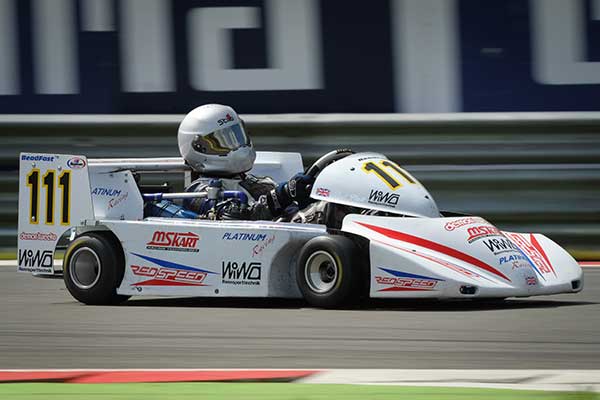 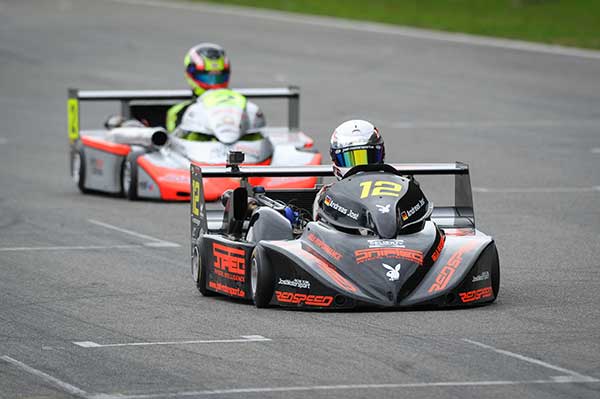 previous Superkart at Assen: the Championship is revitalised
next Lismore Hotshots & Northern Zone Round