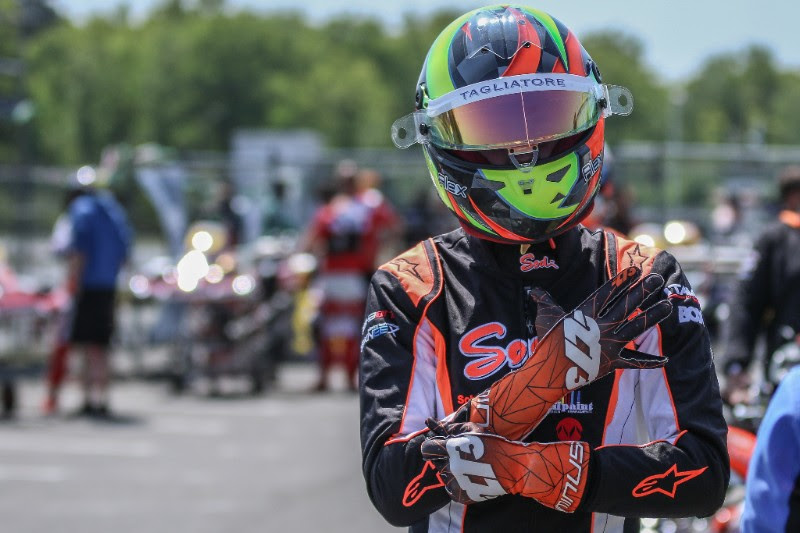 Not an easy weekend for Apulian driver Alex Irlando: the KZ2 reigning world champion struggled a lot to find the right set-up throughout the weekend. Qualifying 11th on Friday, Alex concluded 8th, 12th and 13th the three heats, before improving his pace on Sunday afternoon.

In the final race, Sodikart’s Irlando was able to recover some positions up to 6th overall under the chequered flag.

“What a tough weekend we had! We couldn’t find a right set-up for the chassis and I did my best to close the gap with other guys, but during heats it wasn’t enough. Luckily on Sunday afyernoon the kart was better and, thanks to some contacts between other drivers, I had the opportunity to recover some important positions. We did our best to limit the damage, I hope to have a better weekend in Lonato for the second and last round of the CIK-FIA KZ European Championship in July. As usual I’d like to thank Sodikart and TM Racing for the effort, my sponsors and family for the support”

Closing the weekend with a 6th place finish and 7th overall in the championship, Alex Irlando will take a few days off from the track before traveling to the United Kingdom. Competing at the Paul Fletcher International in Grantham the CIK-FIA OK European Championship on the May 18-20 weekend, Alex has goals to continue to improve his position in the championship chase.

Here are the full results.