The Year Ahead at Ipswich 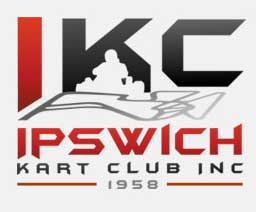 With a number of signature events on the calendar, a driver development program, continuation of the Cadet Beginners class and plans for Saturday Night Socials, the Ipswich Kart Club is hoping for an exciting 2019.

After a very successful 2018, which included over a 10% increase in race meeting entries, Ipswich Kart Club is looking forward to a hugely exciting but busy year ahead in 2019.

With an AKC Round back at Ipswich, early in the year, a Rotax Pro Tour Round, the Capri Cup, an SQ Series Round, 6 Club Rounds and the Xmas Breakup Meeting, it is a massive schedule of events to get through.

Club Round 1 on the 2nd of February will start off the season and double as the AKC Shakedown and it is anticipated that entries for this club round may go close to 200, whilst a few weeks later the AKC Round is expected to have over 300 entries.

The IKC Driver Development Program, which very successfully introduced many new participants to karting in 2018, will continue in 2019 with some new initiatives to provide a comfortable pathway for drivers to enter the sport of go karting and develop their skills and understanding of the sport. A key component of the Driver Development Program is the Come and Try Days and with such a busy competition start to the year, the 1st of the Come and Try Days will not be until mid to late March with at least a further 3 Come and Try Days throughout the year at dates to be confirmed.

To accommodate the large numbers of new Cadet karters, the Cadet Beginners Class will again be offered at several Club Rounds throughout the year, starting with the March 2nd Club Round 2.

IKC are also looking at conducting “Saturday Night Socials” a series of events to be conducted under the new Karting Australia Kart Fun Sessions rules, which may also include “Bring a Mate” sessions.

The Saturday Night Socials will provide an opportunity for the many social members who use the IKC facility to practice a lot but do not necessarily race at club days, to participate in organised social nights and maybe create a pathway for their further participation in club race days. Further information on Saturday Night Socials, with proposed dates, will be released by IKC later in January.

The Year Ahead at Ipswich