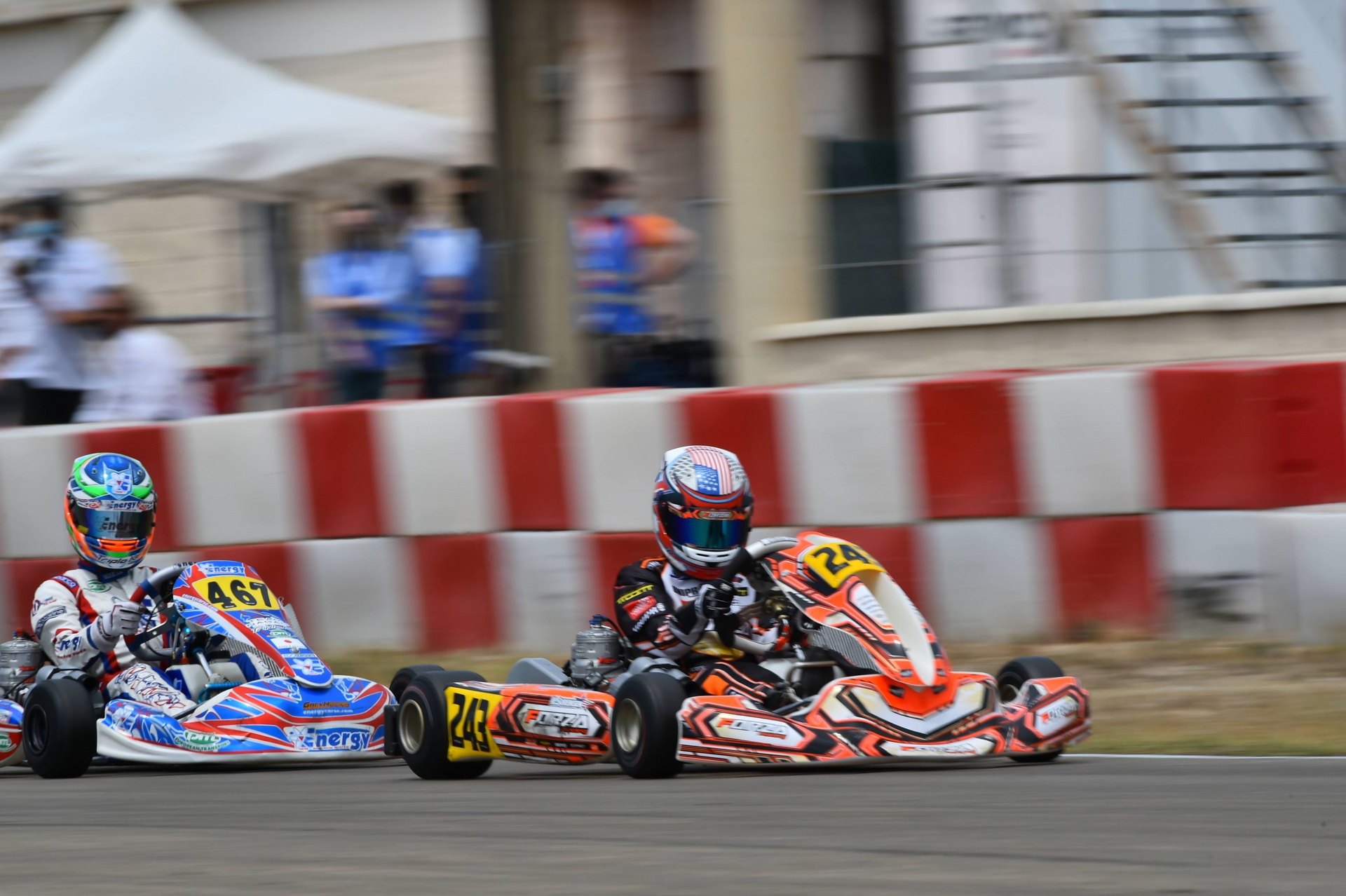 0
0   0
The Spanish weekend will certainly be remembered by the Forza Racing US driver. It was a roaring start on Friday for Kai with pole position overall and for Group A. A very important moment in his first season as a rookie in such a demanding context as the FIA European Karting Championship.

Sorensen obviously tried to hold on to that position as much as possible, not an easy task given the great competition on the track. In the five heats, however, Kai managed to complete his programme with P13 overall (P3, P5, P2, P9 and P7 the results of the heats).

Once qualified for the Junior final, Kai gave battle in the first part of the group but without making any mistakes that could have wiped out all his efforts. At the end of the race the driver finished with a good seventh place and six positions recovered.