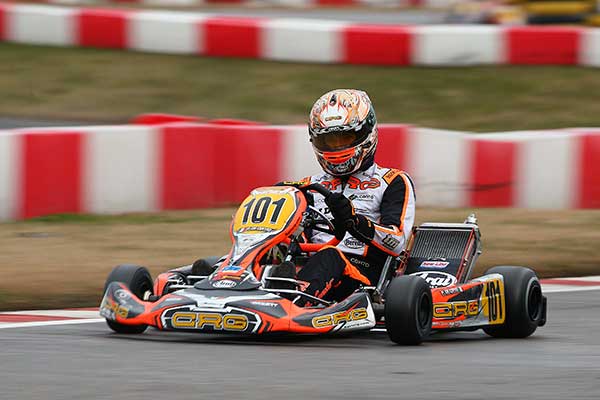 Weather conditions have affected the performance of CRG drivers at the 23rd edition of the Winter Cup of Lonato, but two well-deserved podiums rewarded Pedro Hiltbrand’s combative performance in OK and Fabian Federer’s race in KZ2 with Team SRP.

Cold and rain that made the tarmac tricky on Saturday and on Sunday did not help the performance of the Italian outfit’s drivers. In particular, these conditions did not help Paolo De Conto in KZ2, who managed nevertheless to recover from some contacts in the heats making good show of the competitiveness of his CRG-Tm chassis in the Final, when he recovered from last to an excellent P8, and did not help Gabriel Bortoleto either, as he slipped off at the “chicane” during OK-Junior’s lap one, when holding P4 after being among the quickest of the weekend.

Fabian Federer, on track with Team SRP, clinched the third step of the podium at the end of an overall good performance, finishing behind Ben Hanley and Anthony Abbasse. Paolo De Conto took three second places in the heats, but was later on involved in three incidents in the following heats and in the Super Heat, which forced him to start the Final from the last place on the starting grid. He managed anyway to complete a stunning comeback up to the eighth place. It would have been difficult to get something more. Among CRG protagonists in KZ2, good performances were put in by Jorrit Pex, who was 10th in the Final, the Swiss Jean Luyet was 16th, while Alessandro Giardelli was fourth absolute in qualifying being 0.049s shy of the pole position and ended 17th in the Final. Benjamin Tornqvist of CRG Holland was 20th, Andrea Dalè 23rd for team Nuova 3M and Stan Pex 28th. Emilien Denner (Kalì-Kart) just missed out to qualify for the Final, as happened to Michael Rosina, Marco Valenti and Filippo Berto, that could not get into the top 34 despite the good times posted in practice. 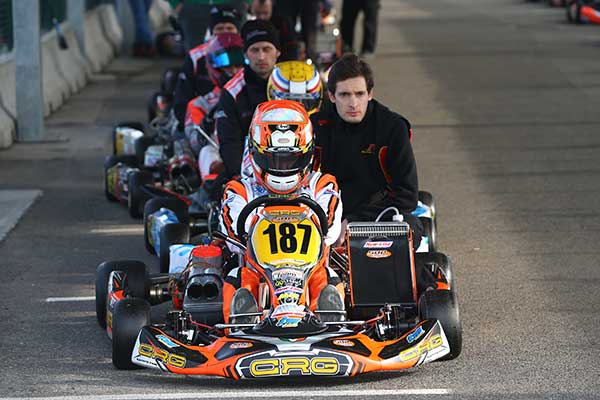 In OK, Pedro Hiltbrand managed to confirm his speed in the Final, leading his CRG-Tm to the third step of the podium, after being seventh in qualifying practice and constantly scoring good results in the heats, in a crescendo of results that reached its top with the second place in his Super Heat. Callum Bradshaw ended a very good performance within the top ten in P10, while Kilian Meyer was handed a 10s time penalty (dropped front fairing) and was pushed down to P13. Franco Colapinto ended behind in P17, but he put in a good recovery after the practice times and results of the heats. Some episodes in the heats prevented Andrea Rosso from qualifying for the Final, as happened to the two drivers from Hong Kong Royce Yu and Frederik Lee. The Final was won by Hannes Janker. 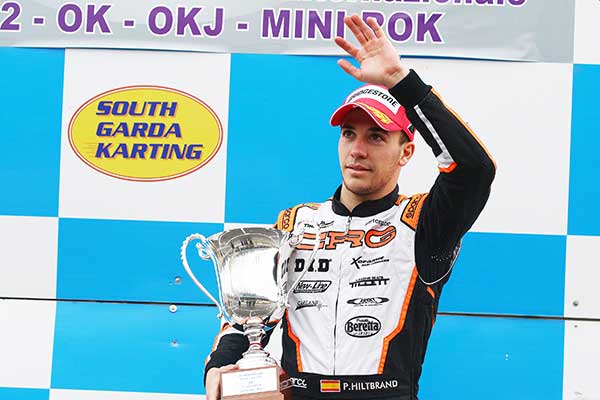 A good performance was expected from Gabriel Bortoleto in OK-Junior, and the Brazilian was in fact among the protagonists until the Final, when he was betrayed by the braking at the chicane of the first lap slipping wide on the tricky tarmac due to the rain fallen on Saturday. That was a real shame since Bortoleto could have scored a good result, as shown by his victory in the Super Heat. The Final was won by Paul Aron. Among the other CRG drivers, Luca Giardelli was 16th, Alfio Spina 22nd but showed sensible improvements in his debut in the category, as done by Enzo Trulli, who was 24th. Malaysia’s Adam Putera and the two Americans Tyler Maxson and Elio Giovane could not qualify for the Final in what was their first experience in a hard-fought and difficult race like the Winter Cup. 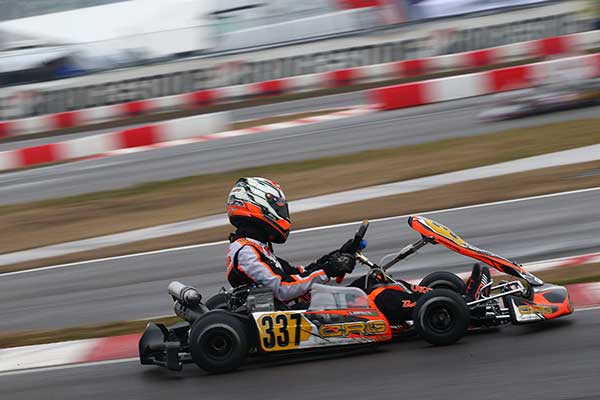 The best results for CRG in Mini Rok were obtained by Hayden Lupifieri, who was ninth at the end of a good comeback race. The Russian Dmitry Matveev of Team Gamoto was 16th instead, while the other Russian Kostantin Krapin of CRG Holland ended 26th. The victory went to Andrea Kimi Antonelli.