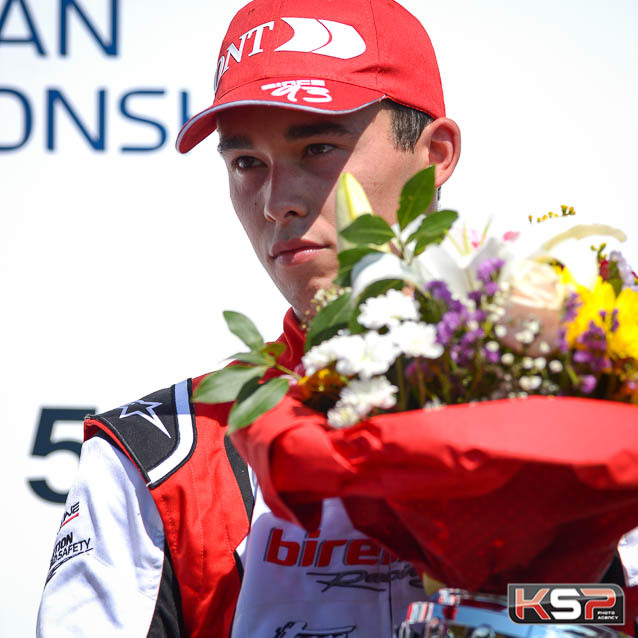 At the Italian Grand Prix at Lonato, the Birel ART Racing team achieved an impressive level of perfor-mance in a top level CIK-FIA Competition. Wins in the heats and fastest laps were numerous, before the brilliant Finals for Marijn Kremers, 2nd in KZ, and Riccardo Longhi, 3rd in KZ2. Before the world events in September, the European Championship ended positively for the Italian team.

Kremers getting used to being on the podium

In Italy, the Dutchman Marijn Kremers was one of the most prominent drivers in the top class of KZ, with the second fastest Qualifying performance. He kept his place on the front row for the Final after winning in a heat. The last race of the meeting was very intense with 20 drivers able to run on very close times and aim for the top positions. After fighting all the time, Kremers was 2nd.

“In 2017, my first KZ European Championship had already been very good with the Birel ART team, hav-ing finished 3rd. This time, I would again like to underline the remarkable work done by my team, which again allowed me on to the podium of a European race. I’m as motivated as ever for the World Champi-onship,” said Marijn.

The Dutchman’s performance was completed by the excellent weekend of the Belgian Rick Dreezen (KSW), who put Birel ART-TM kart in the top 10. 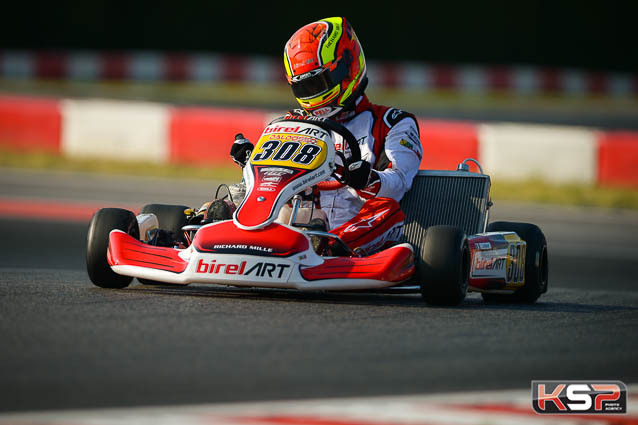 In KZ2 Riccardo Longhi has consistently shown himself to be one of the most successful drivers in the category. “From now on, a simple incident in a heat is a great disadvantage. This happened to me at Salbris, then here at Lonato with a faulty sparkplug. In both cases, it prevented me from starting in a favourable position for the Final, even though our technical potential is extraordinary this season and the victory, even the title, was conceivable,” commented Riccardo.

Winner of three heats at Salbris, he won four times this time! Forced to start 9th following his technical problem, he had a great attacking race and achieved his place on the third step of the podium at the end of the race.

The team was also delighted with the 13th place for the Swedish driver Alexander Dahlberg, including finishes in all the heats. For his return to this level of competition, the Italian Manuel Cozzaglio won a heat, with only a clutch problem during Qualifying depriving him of the Final. It was more difficult for the Ukrainian Ivan Peklin because of his position quite far back in the Timed Qualifying session. There was satisfaction for the the Birel ART Racing KSW team with the qualification for the Final by two of its driv-ers, the German Kevin Pieruszek and the Italian William Lanzeni, out of a total of 78 drivers. 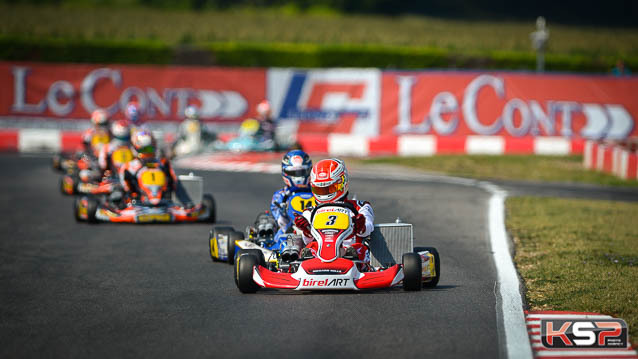 “We are ready for the Worlds”

Team manager of the Birel ART Racing team, Davide Fore delivers his analysis. “All of these week-ends have confirmed that Birel ART Racing is more than ever at the highest European level. This final of the European Championship is the proof, with podiums for Marijn Kremers in KZ and Riccardo Longhi in KZ2. I really want to congratulate the technical team for their high quality work as well as the drivers for their attention, as well as for these outstanding results, and the engine manufacturers for their excellent TM Racing engines.”

“Lonato really is a test for the chassis, with its long fast part which is linked by more sinuous corners and hairpins. It was grippy as well as hot. And in these conditions, these performances are very significant at this circuit that all the teams know perfectly. The chassis balance is really good, as is its competitiveness and consistency. From now on, we have to finish at the front in the European Championships for OK and OK-Junior, but I am really optimistic for the world events in September. The Birel ART Racing team is ready to take up these upcoming challenges.”