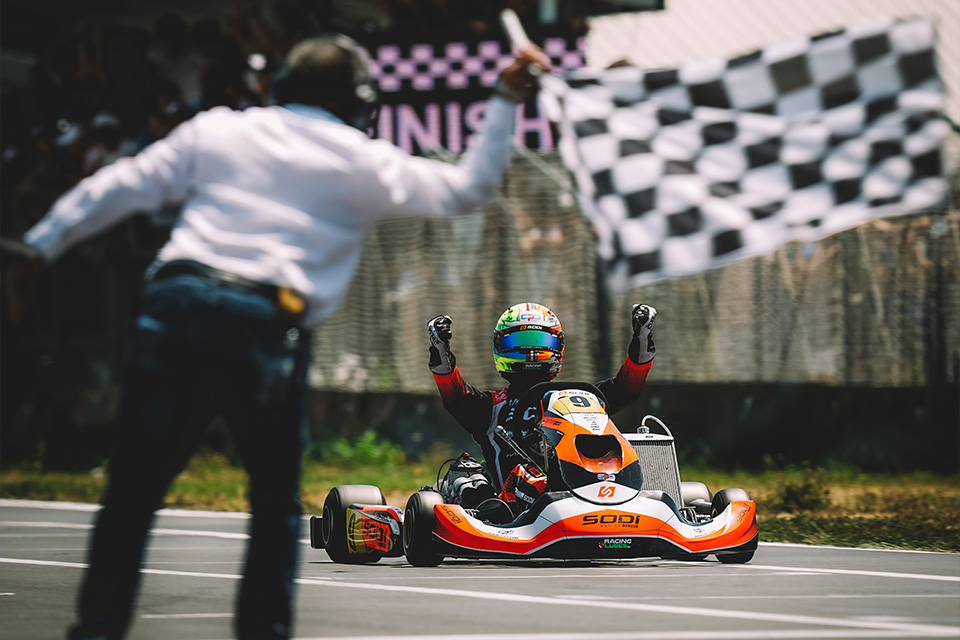 0
0   0
The European campaign for gearbox categories ended at the Cremona circuit, which had never before hosted a major international event. The high temperatures during the meeting and the particular characteristics of the track made the work of the teams and drivers very difficult. “The track offered exceptionally high grip. It has been a long time since we have seen so many rubber deposits sticking to the track,”commented Mansel Smith, team manager of the Sodi Racing Team. “Despite these extreme conditions, we were able to see the effectiveness of the Sodi-TM Racing packages. It’s very satisfying to have our two drivers win in this very competitive Championship. We have benefited from an incredible package a d we can be proud of Senna and Emilien.”

Gold and bronze for the Sodi Racing Team
2nd in Timed Practice and 2nd after the heats, Senna van Walstijn made a perfect start and was in the lead from the first to the last lap. The Dutchman crossed the finish line with a lead of more than 4 seconds! “The equipment was perfect, I felt right away that I could make the difference. I really want to thank the technical staff who did an incredible job to give me the possibility to reach such a level of performance,”declared Senna in the press conference. This result enabled van Walstijn to climb on the third step of the final podium of the European KZ Championship.

Emilien Denner arrived as the leader of the European Championship following his masterful victory in Genk, but was less successful in northern Italy. “Between the very limited overtaking possibilities of the Cremona circuit and the tyre problems that all the teams encountered, I had a weekend to forget. It’s a pity as I often showed that I had the speed to achieve another excellent result,” said the French driver, who nevertheless enabled Sodikart to place its two drivers in the top five of the final ranking of this world-class Championship.

With its partner CPB Sport, Sodikart also shone in the European KZ2 Championship. Tim Gerhards, Thomas Imbourg and Arthur Carbonnel were in the top 10 after the Qualifying Heats. After a clear round with two victories, a rather contentious penalty in a heat he had just won deprived Thomas of a front row place for the Final and therefore of a possible podium. The Frenchman didn’t give up though and climbed back up to 4th position, synonymous with 5th place in the final Championship ranking. 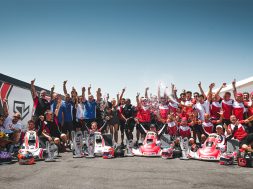 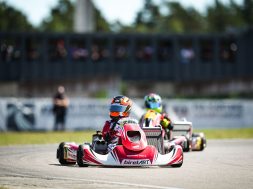 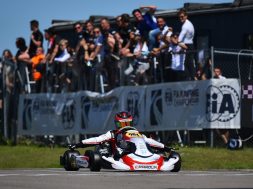