Vic Superkarts Open 2018 at The Island 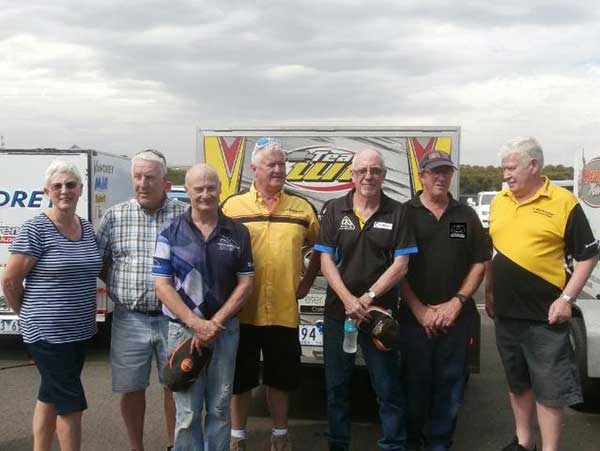 The 2018 Victorian Superkart series kicked off at the Phillip Island Grand Prix circuit on Saturday Feb 10 with many entrants changing the livery and class of their karts.

We were also surprised by several interstate and overseas visitors who came along to check out our action, including Barbara Hepworth (SA), Chrys Jamieson (QLD), Paul Elmore (UK) and kart manufacturer Russell Anderson (UK).

Some superkarting Legends in attendance at PI

The changing weather conditions on the day was playing havoc with tuning of the two stroke engines.

As is typical of the Island a fine day greeted all as they unpacked and got themselves ready and the practice/qualifier was run on a dry circuit.

As they lined up for the first race of the day the heavens unloaded just enough water on the track to make things interesting as all had slicks on.

Racing throughout the day was fast furious and close in most classes in the 250 twins it was a mixed bag of results all day but Ilya Harpas certainly had some speed on even though he was suffering from a weird misfire.

European Champion Jordan Ford bought out his Euro winning chassis and had the edge over Tim Clarke driving Jordan’s previous chassis for the first time. Both circulated with the faster twins and will make for some fine racing later in the year as Tim gets used to his new kart and extra horsepower.

Veteran racer John Bakker dominated the 125 Gearbox all day while State Champion Geoff Lawrence fell to those tuning gremlins and the rest of the field had more of the same.

In Rotax Light it was anyone’s guess who would take out the day as the action was close and fast up front. Young Nick Schembri certainly looked the goods but a mistake in the damp conditions during race one cost him the day.

Rotax Heavy also provided entertaining racing with returning driver Colin McIntyre opening strongly in race one, however current class champion Darren Ridd was having none of that taking the day ahead of Crust and Ridd’s team mate Murphy. 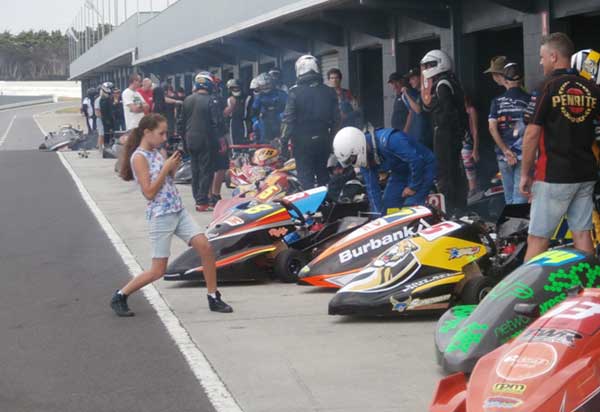 Stock Honda was locked down by Kieran Morley who led the way all day. Former non-gearbox driver Rod Clarke stepped in to son Tim’s kart and found there was an extra lever to deal with. Jeff Duckworth had form until a mistake in the final wrote the chassis off during an incident with 125 gearbox driver Lee Filliponi, both drivers walking away from the incident unscathed.

Round two of the Club series will be held at Winton on March 10 & 11 as part of the Australian Motor Racing series – check with the Winton Raceway site regarding spectator admission.

Sunday’s racing will also be live streamed and details about this can be found on the Victorian Superkart Clubs website soon.