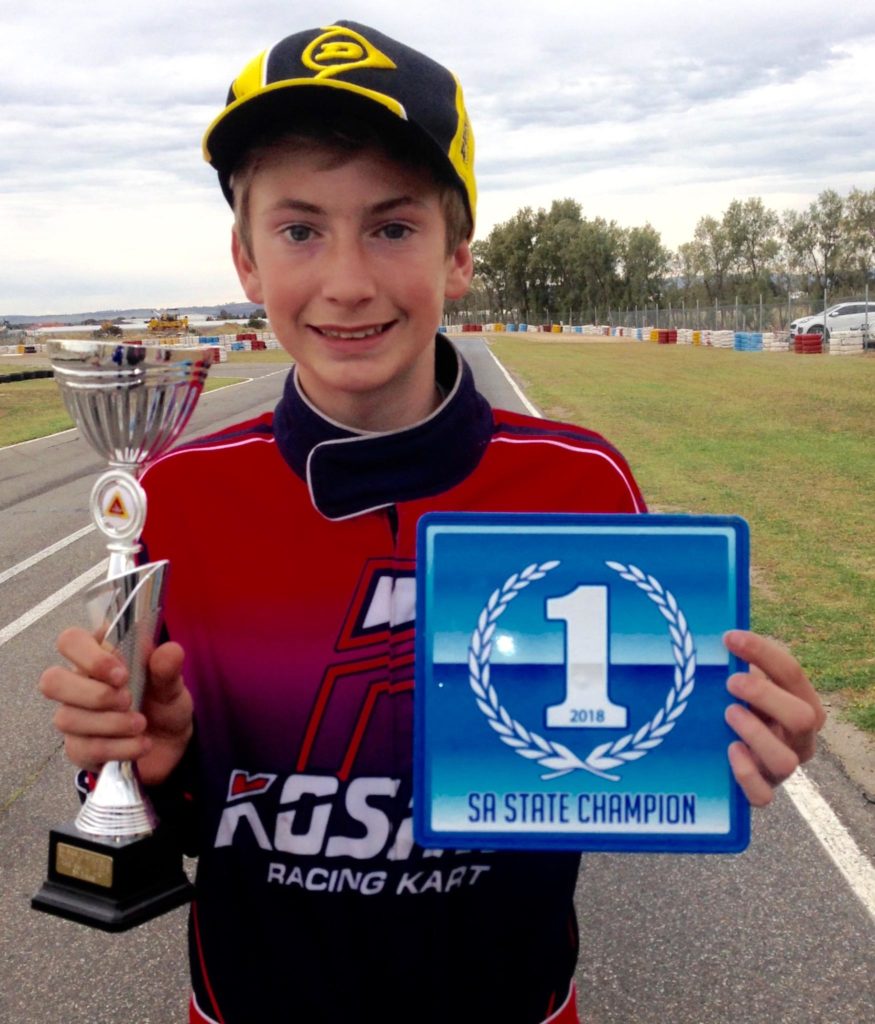 Whyalla Kart Club has seen some good drivers come up through the ranks over the years, and today’s young drivers are no exception.

One of those drivers is Cooper Jones, who after the second and final round of the South Australian State Championship has been crowned the State’s number 1 driver for the KA3 Senior Light class.

In his first year as a senior, Cooper has shown that he can mix it with the State’s best and come out on top.

Cooper was very excited by the win and wanted to thank his parents Darrol and Janolla, whom have supported him from the start as a Cadet and given him every opportunity to perform at his best. Also, you can’t win races without a good engine and Brett from A1 engines was to thank for the ongoing support. We all look forward to see what is next for Cooper.

Other excellent performances come from Brayden Stewart, who finished second in KA4 Junior, and Jett Zerk who placed fourth in the State Titles for Cadet 9.

Whyalla Kart Club wants to congratulate the young drivers on their achievements.

The next round of the Whyalla Open Club Championship will be on 20th of October, hope to see you all there.