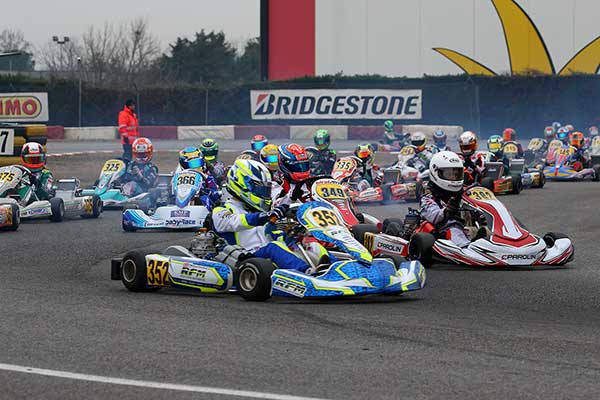 Saturday was for qualifying heats at Lonato’s Winter Cup. The form of the Aussies so far:

THE WINTER CUP OF LONATO READY FOR THE GRAND FINALE

Saturday’s heats saw several protagonists coming to the fore ahead of the final stages to be held on Sunday February 18th, which will see the Super Heats from 12:00 (Italian time) and Finals from 14:50.

After Friday’s practice and initial qualifying heats, several other races have been run on Saturday. The spectacle has been high and light rain made things trickier towards the end of the day.

The qualification to the final stages on Sunday is what drivers have been fighting for today, as the finals will be run by the best 34 drivers of each category. This means that a lot of drivers will be “skimmed” off as a total of 94 drivers got on track in KZ2, 70 in OK, 86 in OK-Junior and 72 in Mini Rok.

The final heats will take place on Sunday at 11:00 for the two most crowded categories, that is KZ2 and OK-Junior. These will be followed by Super Heats at 12:00 run by the top 68 drivers of each category in order to define the starting grids of the Finals that will get green light in the afternoon at 15:00.

In KZ2, Francesco Celenta (Praga-Tm), Ben Hanley (Drago Corse-Tm), Giuseppe Palomba (Intrepid-Tm), Jorrit Pex (CRG-Tm) and Anthony Abbasse (Sodikart-Tm) won one heat each and put their name forward as challengers of the two Lorandi brothers that had topped charts in qualifying practice, before Leonardo Lorandi took the win in three heats on Tony Kart-Tm and Alessio Lorandi in one on Parolin-Tm. Among the quickest, Alessandro Giardelli on CRG-Tm, Alex Irlando on Sodikart-Tm, Jeremy Iglesias on Formula K-Tm, Paolo De Conto on CRG-Tm, Riccardo Longhi on BirelArt-Tm and Fabian Federer (CRG-Tm), the latter won the closing heat but was later on handed a 10s time penalty. 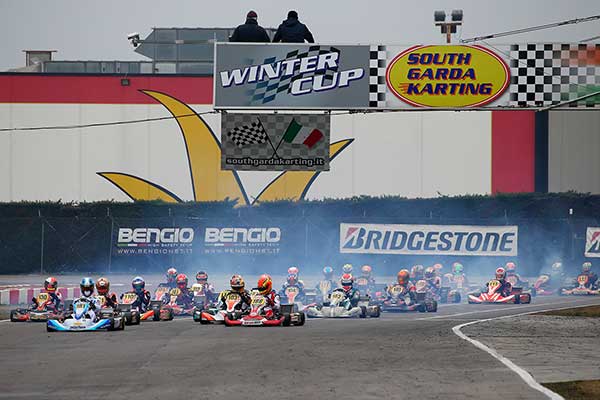 The classification of OK is currently led by Lorenzo Travisanutto (KR-Parilla-Bridgestone), who won two heats after being the quickest in qualifying. Among his main rivals, the German Hannes Janker (KR-Parilla), 2016 World Champion Pedro Hiltbrand (CRG-Tm) and the winner of the third heat of the day Nicklas Nielsen (Tony Kart-Vortex). Jonny Edgar (Exprit-Tm), the Czech Roman Stanek (Kosmic-Vortex), the Argentine Jorge Pescador (Praga-Tm) and Barbados Zane Maloney (FA-Vortex) were also among the best. 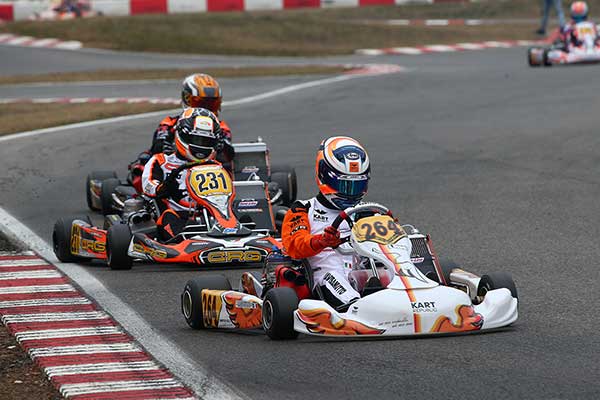 The fight for the victory in Mini Rok seems to currently involve mainly Andrea Kimi Antonelli on Energy-Vortex and the Pole Piotr Protasiewicz on Parolin-Vortex, as both won two heats. 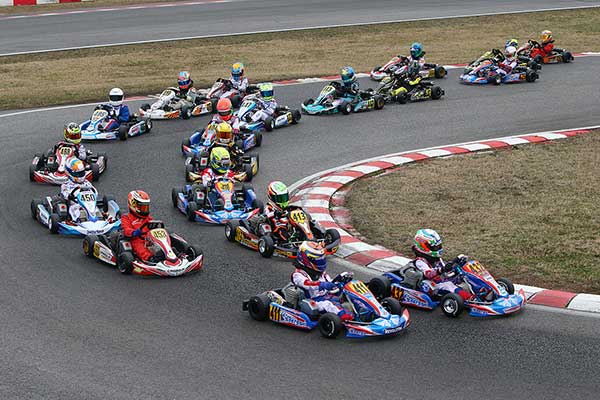