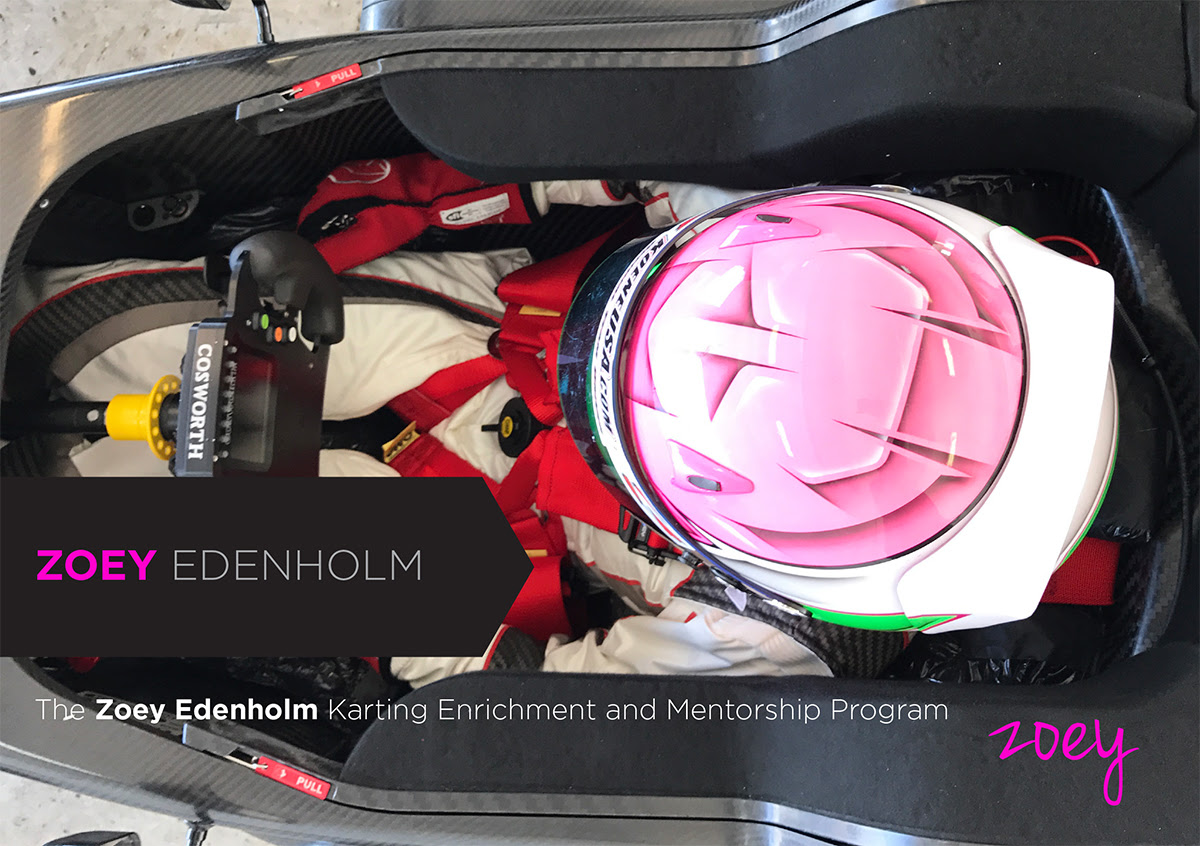 Preparing and planning for the next step in her motorsports career, Arizona’s Zoey Edenholm is already committed to helping the youth of the sport of karting. With the goal to advance up the motorsports ladder and one day compete in the Indianapolis 500, Zoey is offering a ‘Karting Enrichment and Mentorship’ program to young female kart racers in the United States.
“I always found it to be a little difficult to be one of the very few female drivers at the track,” explains Edenholm. “I never really had someone that I could turn to for female advice. I mean, I always had my mechanic, team owner, and coaches, but sometimes I felt I just needed to turn to someone for advice who was more like me. I believe I managed to do a good job progressing through karting, but I want to try and help the female youth of our sport to make it just a little easier for them.”
Kicking off this past weekend at the SuperKarts! USA (SKUSA) Streets of Lancaster event in Lancaster, California, Zoey was trackside to commence her program and assist with a young female driver. Mentoring ten-year-old Kailey Meris, Zoey was able to assist and provide insight on a variety of different situations and scenarios to the BENIK Kart competitor. Standing by her side throughout the weekend, providing information and advice as well as some pre-race pep talks, Zoey and Kailey worked well together throughout the two-day event.
“It was great having Zoey as a coach and a mentor for Kailey at the Streets of Lancaster Grand Prix,” adds Jonathan Meris, father of Kailey. “Zoey was able to communicate to Kailey in ways other coaches have yet to do, and as a result, Kailey was able to successfully apply racing techniques more effectively on the track. She was also able to stand by and support Kailey in more ways than I thought was even possible. We would like to thank Zoey for her support and highly recommend her to anyone looking for a mentor with a successful track record and with an effective way of communicating to their driver.”
“Having Zoey at the track helped me a lot,” explains Kailey Meris. “I could relate to what she what saying and made me better on the track. I want her as my coach again!”
Jonathan Meris continues, “I hope Zoey gets the chance she deserves in the world of motorsports. She could be the next big female star, and I know Kailey would be proud to have a long-lasting association with her.”
On the verge of competing in the Cooper Tires USF2000 Championship Powered by Mazda in 2018, Zoey Edenholm receives support from her marketing partners including Futura Trailers, MP Environmental Services, EMG Motorsport and Auction Capital, who are all happy and excited about Zoey giving back to the racing community.
Zoey adds, “My team and I have a lot of things in place for this program including Zoey E. Racing branded t-shirts, hats, and decals that are currently in the works for members of the program. Also, members will also receive passes to a Cooper Tires USF2000 Championship Powered by Mazda event of their choice in 2018. It is going to be very cool.”
For more information on Zoey E. Racing and interested parties in the Zoey Edenholm Enrichment and Mentorship program, please contact Media@ZoeyERacing.com.
tags: MENTORSHIP PROGRAM Zoey Edenholm
previous TOP KART USA GARNERS IMPRESSIVE RESULTS IN WISCONSIN
next CRG-TM AND ENRICO PROSPERI KZ2 SPANISH CHAMPIONS