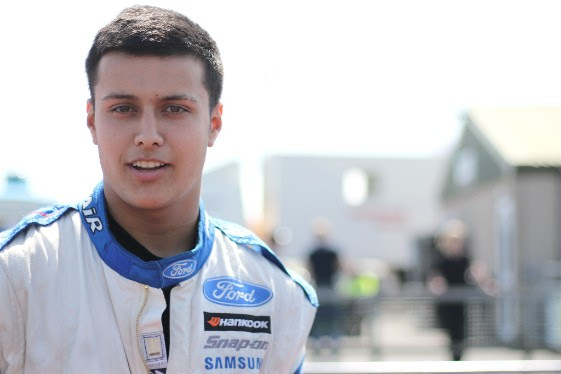 Australian Harry Hayek will graduate from FIA F4 to the UK’s premier single-seater championship for 2017, as he joins Double R Racing for a full campaign in BRDC British Formula 3, it has been confirmed today (11 March).

Hayek competed in the opening three rounds of British F4 in 2016 with Jamun Racing, scoring two top-10 finishes. He subsequently moved to the his homeland’s own FIA F4 championship and impressed, scoring three wins in addition to five other top-three results as he finished fourth in the overall standings, despite missing the opening two rounds.

The 19-year-old has most recently been competing in the Toyota Racing Series in New Zealand but began his single-seater career in Australian F4 in 2015, where he once again finished fourth.

Hayek said: “I’m absolutely thrilled to be joining Double R for the 2017 BRDC British F3 Championship. Late last year we did a couple of test days with the team and were extremely impressed with their professionalism, productivity and ability to operate a race team which is clearly reflected in their results. Boyo’s confidence in me goes both ways, and I feel that at the end of the year I’m going to be a much better driver under his guidance.

“The British F3 Championship itself has stood on top of the junior formula list for decades now and sometimes I have to pinch myself that I will be competing in such a prestigious series. For myself, pre-season testing has just commenced at Rockingham yesterday with everything running very smoothly. The cars are a lot of fun to drive and I’m looking forward to a great year ahead. To say I’m excited would be an understatement.”

Anthony ‘Boyo’ Hieatt, team principal of Double R Racing, commented: “We’re absolutely delighted Harry has joined the team for British F3 this year. He’s a great lad, fantastic young driver and has a good family around him. When he tested with us last year at Silverstone GP he was immediately on the pace, absolutely flying, so I’m confident he can develop into a proper championship contender. He’s razor sharp after doing the Toyota Racing Series.”

The 2017 BRDC British Formula 3 Championship gets underway at Oulton Park on Easter Weekend (April 15-17), before visiting legendary venues across the UK and Europe including the Grand Prix circuits at Brands Hatch, Silverstone and Spa-Francorchamps in Belgium.

tags: 2017 BRDC British Formula 3 Championship Harry Hayek
previous The 2017 FIA Formula 3 European Championship car – another step forward
next A European tour that is second to none – Q&A with Walter Mertes