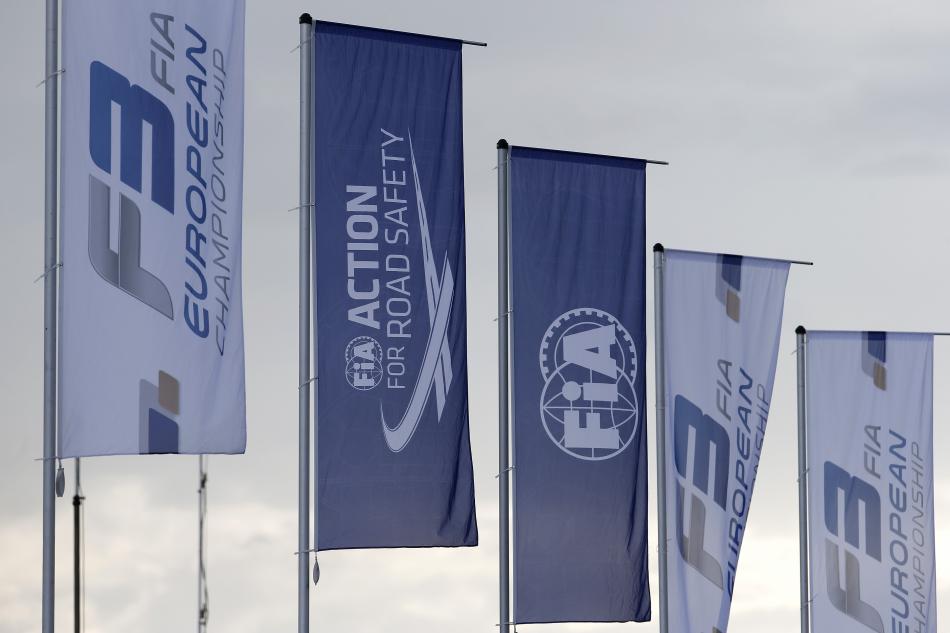 The FIA Formula 3 European Championship has confirmed 20 cars in its application process for the 2017 season. It is only a few more weeks before the FIA F3 European Championship starting lights will be switched off for the first time this year – in mid-April at Silverstone. The drivers who will then compete at the British Grand Prix circuit represent a good mix of experienced F3 drivers and young, talented rookies. All five teams entered, Prema Powerteam, Hitech GP, Motopark, Van Amersfoort Racing and Carlin have registered four cars – the maximum amount as per the regulations.

Prema Powerteam has already confirmed the names of all four drivers competing for the Italian squad in 2017. One is Briton Callum Ilott who switched to the reigning champions for his third FIA Formula 3 European Championship season. He will be teamed up with Germany’s Maximilian Günther who also is about to contest his third season on the grid of the competitive young-gun series and who finished runner-up behind European Champion Lance Stroll last year. In addition to Ilott and Günther, Prema has two more drivers racing for them: China’s Guan Yu Zhou and Mick Schumacher. The Chinese, who is a member of the Ferrari Driver Academy, switched to Prema Powerteam after a year with Team Motopark. He contested his FIA F3 European Championship debut season for the German squad in 2016 and secured two podiums. The only rookie in the line-up of the Italian team is Mick Schumacher, the son of seven-time F1 World Champion Michael. Having finished second in the German and Italian Formula 4 series the 17-year old now makes the next logical step on the FIA single-seater pyramid and advances to the FIA Formula 3 European Championship.

Team Hitech GP, contested its first full FIA F3 European Championship season last year and finished second in the team championship at the first time of asking. The British team will also contest the 2017 season with an international driver line-up. Russia’s Nikita Mazepin extended his deal with the squad and will be teamed up with three new team mates: Ralf Aron, Jake Hughes and Tadasuke Makino. Estonia’s Aron won the 2015 Italian F4 Championship and was the second-best rookie in the 2016 FIA Formula 3 European Championship season. Briton Hughes joins the championship after competing in the GP3 series, he already made his FIA F3 debut in the 2016 season finale and secured a podium right away. Finally Japanese Tadasuke Makino, who is supported by Honda, demonstrated his skills in the Japanese F3 Championship last year.

Motopark, the German team that is based next to the racetrack of Oschersleben, impressed by finishing third in the team championship last year and in addition, won the best rookie of the season title courtesy of Joel Eriksson. The Swede believes that the squad has got the potential to do even better and extended his Motopark deal for another year. He will be joined by Keyvan Andres Soori and Marino Sato.

Van Amersfoort Racing extended the deals with two of their 2016 drivers: Pedro Piquet and Harrison Newey. Furthermore, German David Beckmann, the youngest driver on the 2016 grid, switched to the Dutch squad. Another addition to the Van Amersfoort Racing team will be Joey Mawson. The Australian won last year’s German ADAC Formula 4 title and like his main rival in 2016, Mick Schumacher, he now advances to the FIA Formula 3 European Championship.

British team Carlin secured the services of Lando Norris who advances to the FIA Formula 3 European Championship holding three titles, he is the Formula Renault 2.0 Eurocup, Formula Renault 2.0 NEC champion and MSA Formula (now British F4) champion. Together with Austrian Ferdinand Habsburg and Indian Jehan Daruvala, who is part of the Force India F1 Academy, he will complete a competitive trio.

Stefano Domenicali, President of the FIA’s Single Seater Commission, commented, “We have done a lot of work to make sure the championship is very competitive and the quality of the entries confirms that our strategy is paying off. All teams, Prema, Hitech, Motopark, Van Amersfoort and Carlin, operate on an extremely professional level and the talent of the drivers they have contracted for the season is outstanding. We will surely see some great racing this year. And with the FIA racing ladder now complete, there is a clear path for junior drivers, solidifying the FIA Formula 3 European Championship as an essential category on the way to Formula 1.”

The entry list for the 2017 FIA Formula 3 European Championship:

Currently the teams and drivers are working hard on preparing for the new season. The official pre-season test at Hungaroring on March 24th and 25th, will represent their first official meeting in 2017.

tags: 2017 2017 Season Europe F3
previous A European tour that is second to none – Q&A with Walter Mertes
next Ahmed: “The goal heading to Oulton Park is simply to win”