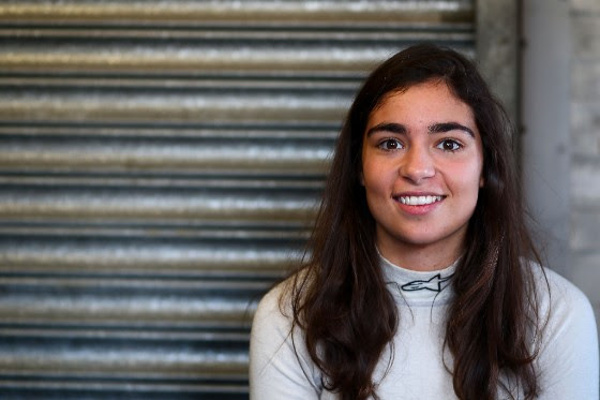 The 18-year-old, who will become the youngest ever female driver to compete in British F3, makes the switch to single-seaters after a number of very successful years in GT racing, which culminated in winning the British GT GT4 category alongside Ross Gunn.


Chadwick, who hails from Tetbury in Gloucestershire, has tested the Tatuus-Cosworth car used in BRDC British F3 on a number of occasions during 2016, including at Snetterton and Donington Park. She competed in a number of races in British GT throughout the year too for Generation AMR Racing.

Prior to racing in British GT, Chadwick competed in the Ginetta Junior Championship after winning the prestigious scholarship prize, finishing eighth overall in 2014 and scoring five podiums. She also became the youngest-ever winner of a 24-hour race in 2015 as she took the spoils in the Dunlop Britcar 24-Hour race at Silverstone.

Chadwick said: “I’m absolutely delighted to be racing with Double R in British F3 this year. Whilst there were options to pursue the GT route, there is no doubt about the value of a top-level single-seater series to further develop my technical ability and credentials as a racing driver.


“It will be a fascinating learning curve and we have set out a two-year programme for me to establish myself and make my mark in the series. I’m also hoping to compete in a few GT events this year, but my main focus will be Formula 3. It’s a fantastic opportunity and I’d especially like to thank Tom Gaymor, Anthony Hieatt and everyone else who has assisted me with this decision.”

Anthony Hieatt, Team Principal of Double R Racing, commented: “We’re all absolutely elated to have signed a deal with Jamie for British F3 this year, she’s a fantastic talent, an extremely quick and professional driver, and has a very mature head on her young shoulders.

“Jamie’s achievements in British GT speak volumes and while the F3 car is an entirely different animal to the Aston Martin GT cars she has been racing the past couple of years, she’s adapted to the driving style very impressively. Last season was spectacular for Double R, winning the championship with Matheus Leist, and we’re hoping to make 2017 just as memorable.”


The 2017 BRDC British Formula 3 season begins at Oulton Park on Easter Weekend (15-17 April) before visiting legendary circuits such as Brands Hatch, Silverstone and Spa-Francorchamps in Belgium.