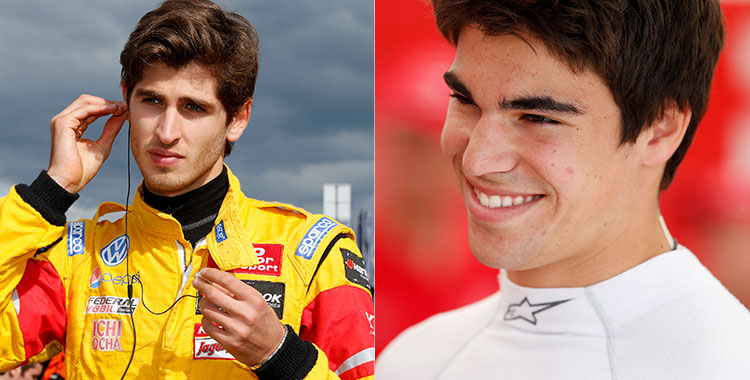 Lance Stroll had to start from the last grid position due to a penalty received for a gearbox change after Free Practice 3. After a really good start he managed to avoid a collision, but picked up a flat spot on one of his tyres while doing so. Subsequently he moved through the field up to 13th place, but in the end the Canadian did not receive a reward for his good performance. Due to a brake failure, the 18-year-old had to retire from his first Formula 1 Grand Prix. “Today we were running a decent race and our pace was pretty good. I had a good start, which was risky – although I didn’t plan on it being quite so risky! Some guys braked quite early in front of me and I managed to gain some places, but then I had a flat spot so had to stop early. After that we managed to have a surprisingly good race. Finally, we had what I believe was a brake disc failure. I hit the pedal, it went long and I was lucky it was in a place where there was a lot of run-off. Unfortunately, that incident yesterday cost us a lot of positions in qualifying, but I enjoyed myself today.”

Antonio Giovinazzi was called in to replace regular Sauber driver Pascal Wehrlein on Saturday after the German realised he is not fit enough to complete after his crash at the Race of Champions. In his first Formula 1 qualifying the Italian, who is officially nominated as Scuderia Ferrari’s third driver, secured position 16. During the race the 23-year-old showed a good speed and managed to finish his F1 debut race on 12th position. “It was a good race, and I am happy with my performance today. My objective was to gain more experience and collect mileage in the car. Now I will sit together with my engineers to analyse areas where I can improve. I want to thank Sauber F1 Team and Scuderia Ferrari again for this opportunity, it was an amazing race weekend for me,” Giovinazzi commented.

Of the 20 drives on the FIA Formula 1 grid this year 13 have competed in Formula 3, five of those drivers contested races in the FIA Formula 3 European Championship. In addition to Stroll and Giovinazzi, Max Verstappen, Pascal Wehrlein and Daniil Kyvat have also gained experience in the young gun series since 2013.