Worm will be making his single-seater debut as he graduates to BRDC British Formula 3 in 2017, the UK’s leading single-seater championship. He has enjoyed a successful karting career in his native Germany before making his car racing debut in the Audi Sport TT Cup in October last year. The Solingen-born teenager is mentored by Porsche Junior coach Sascha Maassen and has already experienced the Tatuus-Cosworth British F3 car, having tested with the Hillspeed team at a number of UK and European circuits over the past three months.

During his maiden season in single-seaters, Worm will also be promoting the ‘Keep Fighting’ foundation which was established by the family of seven-time FIA Formula One World Champion Michael Schumacher following his life-changing skiiing accident in 2013.

Worm said: “I am so happy to be racing in BRDC British Formula 3 this year. It’s a huge step in my career, we know that, but I have a great team around me and I know the guys at Hillspeed with Cliff Dempsey Racing will give me all the support I need.

“Through my racing this year, I also want to help try and promote the amazing ‘Keep Fighting’ initiative. Michael Schumacher has always been my idol and I want to take the opportunity to wish him well with his recovery – Keep Fighting Michael!”

“This is very much a learning year for Nick, he’s fully aware of the challenge which lies ahead and this marks the beginning of an extremely steep learning curve. He’s a young driver with a lot of potential, as we’ve seen in winter testing, but his first season is all about learning the circuits and the car, there are no expectations other than to gain key experience in his rookie year in single-seaters.”

Hillspeed has had a significant involvement with the MSV-run championship since its inception as BRDC Formula 4 back in 2013, finishing as runners-up in that inaugural season with Seb Morris. The team has continued to enjoy success since then, scoring numerous race wins and podium finishes, and 2017 marks a strong return to the category as Hillspeed with Cliff Dempsey Racing. 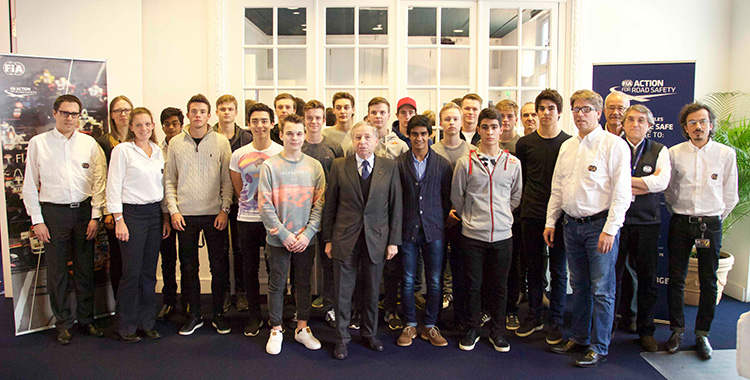