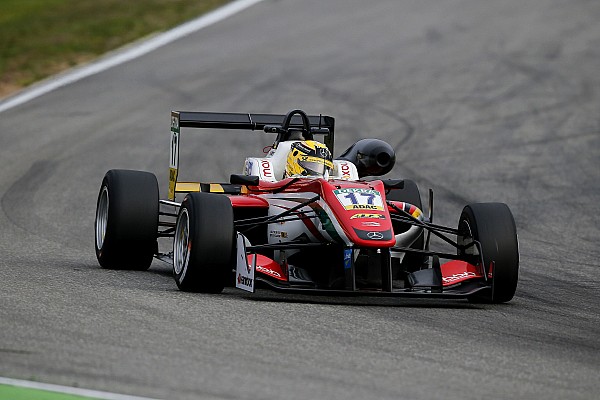 Maximilian Gunther will return to the European F3 series for a third consecutive campaign, re-signing with Italian outfit Prema Powerteam.

Gunther, 19, was runner-up to Williams F1 newcomer and Prema teammate Lance Stroll in F3 last year, and was signed by Mercedes’ DTM branch as a test and reserve driver.

He’d joined Prema from Mucke, having raced for the Berlin-based outfit in German entry-level series ADAC Formel Masters, where he was runner-up in two successive campaigns, and the 2015 edition European F3.

On returning to Prema for the 2017 campaign, Gunther said: “It’s great to be part of the team again. Last year it was our first together and we finished second in the championship so I’m really happy to go back on-track and go for the championship, which is our goal.

“We worked really hard this winter to be in the best shape and I’m looking forward to the season.”

The return of last year’s runner-up Gunther means Prema has further boosted its chances of continuing what is now a six-year streak of dominance on the European scene, as the Italian team hasn’t lost a drivers’ or teams’ title in the continental competition since 2010.

“We are extremely pleased with our driver line-up for 2017,” said team boss Rene Rosin. “We can rely on four really promising racers and the return of Maximilian provides even more value to the full roster.

“Running with us in 2016, he not only scored remarkable results, but also showed great consistency, keeping his name at the front end of the charts.

“We are sure that, with two full seasons now under his belt, including one with our team, he will be able to raise the bar even further. We fully expect to see him remain a true contender.”