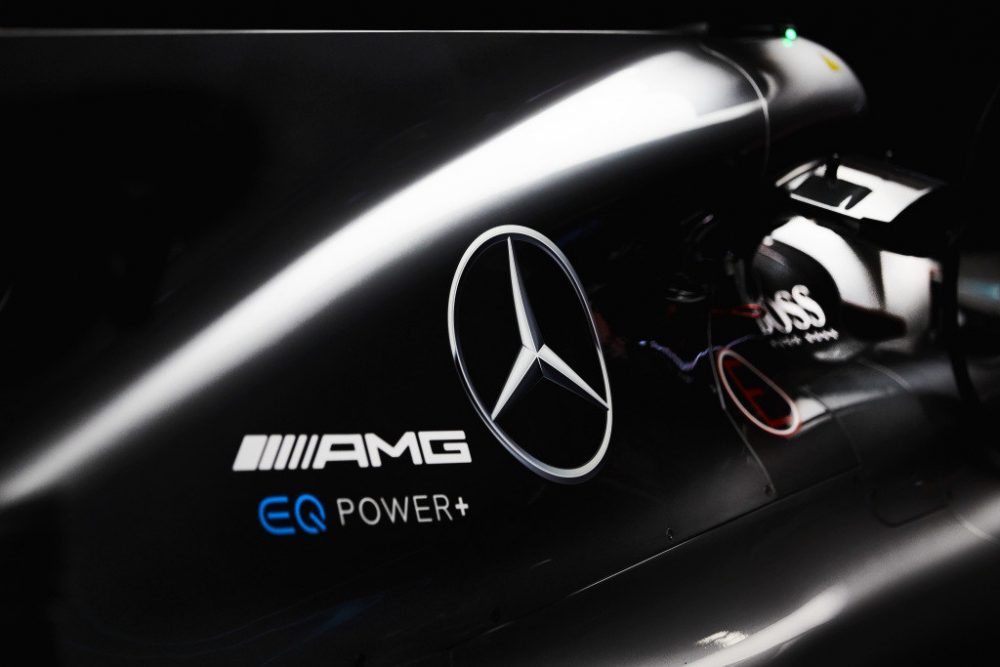 “It’s the dawn of a new era – in more ways than one. This is the first time that Formula One has changed the rules to make the cars faster. We have new management looking at how we take the sport forward. And, in our team, we have seen some significant changes of personnel over the winter. It’s been a busy few months, no doubt. But an extremely exciting time, too.

“The target with these new regulations was to make this generation of F1 cars the quickest in the history of the sport. And looking at the results from testing, we’re well on the way to achieving that. It’s something that’s never been done before and that’s a radical change. We’ve even made them look more spectacular.

“Having spoken to the drivers, these machines are violent – just like Formula One cars should be. I have been out on track watching them and, next to the previous generation of cars, these are properly spectacular cars. From a fan perspective – and a part of me will always be a fan – it really is something special. Any true motorsport lover simply has to see them in the flesh.

“Lewis and Valtteri are in a great place. They have a respectful and friendly relationship from what we’ve seen in our team briefings so far. It’s an exciting time for them because these new cars are a real physical challenge. Both felt from testing that the G-Forces are enormous and they are embracing the new challenge of F1 2017.

“We have tackled with determination the challenge of the new regulations. We have been very successful over the last three years through stable rules – but no team has ever maintained its success over such a big regulation change before. In a way, it’s just what the doctor ordered. To have such a challenge is good for the team.

“There is an art to managing expectations. You must not set them too low – but you must also keep them under control. With new regulations, everyone starts with zero points. It provides opportunities as well as risks for every team on the grid. You only need to look back to 2009 to see how unpredictable Formula One can be, with Brawn winning the Championship after being on the brink of extinction.

“We enter 2017 with that mindset. We take every one of our rivals seriously and respect every team’s ability to find that magic bullet. They are all full of very clever people – the best in the world in their fields. We have done the best job we possibly could over the winter and, if we are not the fastest in Melbourne, then it’s about finding out why and what needs to be done to get us back to that top spot. It’s a challenge we will take on with great motivation and energy. Setbacks can provide a long-term opportunity because you constantly need to improve yourself.

“What we’ve seen from Barcelona is that the margins at the front of the field have shrunk. We’ll see how that pans out in Melbourne, because we still don’t know about the fuel loads, weights or power settings of the other cars. As the old saying goes, it is when the flag drops that the bullshit really stops.”

Featured this Week: Pit Stop Warriors – Training for the Battle of the Box

It’s no secret that driver fitness is crucial in Formula One. The men behind the wheel are among the most highly conditioned athletes in the world, their bodies honed for stamina and endurance. But what about the fitness of the race team they depend on?

With sub 2.5 second stops now the expectation rather than the exception, the slightest fumble during a tyre change can mean the difference between victory and defeat on track. Speed and, above all, reliability are absolutely crucial – which is why the Mercedes-AMG Petronas Motorsport pit crew have been training hard all winter to prepare for the new season.

It’s not just the usual skills and drills of the job that they’v e been honing over the long winter months, either – although there has been plenty of that too, of course. Since the New Year, the guys have been working with a new personal trainer dedicated to their health, conditioning and fitness.

Working on ergonomics and body movement, each crew member now has a programme developed and tailored specifically to them and the role that they play in the pit stop – be that working the jacks or handling the chunky new Pirelli tyres introduced for 2017. So, it’s not just the drivers who have been bulking up to face the new challenges of this year’s F1 beasts…

Naturally, the biggest challenge of the winter period has focused on how best to handle the bigger, heavier wheels and tyres. The rears, for example, are a whopping 80mm wider and weigh 1.8kg more each, while the fronts are 60mm wider and around 0.8kg heavier apiece.

While the weight increase isn’t such a big deal on its own, combining that with a significant increase in size is far from straightforward – particularly when it comes to manoeuvring the tyres for pit stops. The tyre stacks themselves are now taller too, thanks to the increased depth of the wheels. Over the course of a race weekend, all that extra bulk and weight starts to add up.

Through practice, physical conditioning (and then even more practice!), the crew will have it all down to an art by the time they hit the pit box in Melbourne. That’s what makes them the very best in the business. But reaching that level doesn’t come without some serious hard graft.

In an all-new regime for this year, the guys now train up to five times a week – even coming into the factory during their days off – with three separate pit-stop practice sessions pencilled in during that same seven day period too. With almost 300 practice stops completed back at base alone so far this year, it’s been a gruelling winter for the crew.

This training goes way beyond the focus of a pit stop alone, though. They each have a personal fitness programme available via an app on their phones, where they can log in, track their progress and compare their results with their team-mates. There’s nothing like a little competition to make things interesting!

These guys have to be warriors to reach the pinnacle of their game – and they know how crucial fitness is to performance. Ultimately, it’s no different to the drivers. Each one of them has to be in peak condition if they want to deliver 100% for their team-mates every race weekend. Practice makes perfect – and it’ll take nothing less than perfection to win races in 2017.

Next up, we’re off to Melbourne. If you’re coming along, watch out for the guys running along St. Kilda beach or the banks of the Yarra River. The focus never drops. The hard work never stops…

Watch the crew in action and hear more about their winter training regime here: https://youtu.be/eC2ia4xz1u8

Stat Attack: Australia and Beyond