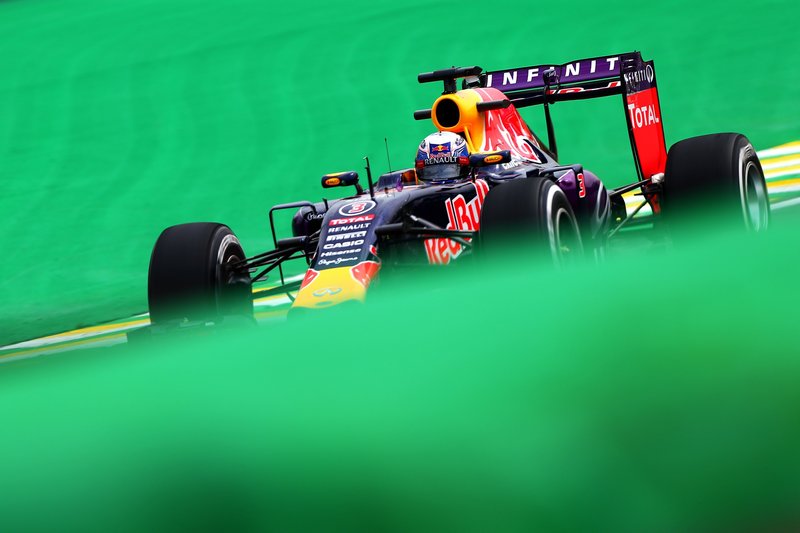 –       Daniil Kvyat started from sixth on the grid but was taken by Bottas off the line, dropping down to seventh. He challenged Hulkenberg in front for sixth, closing to within one second, but could not find a way past.

–       Infiniti Red Bull Racing team-mate Daniel Ricciardo started from 19th after taking a penalty for introducing a new-spec ICE. He was 14th by the end of the first lap and thereafter made solid progress through the field, taking Nasr and Maldonado to move into the top 12. He was classified 11th after Maldonado received a post-race penalty.

–       Scuderia Toro Rosso’s Max Verstappen put in a strong performance as he fought with the Force India of Sergio Perez and both Lotus cars for a points finish. He pulled off a spectacular move on Perez through the Senna S on lap 32 but was passed by Grosjean just a few laps later. He moved back into the points on lap 68 with a pass on Pastor Maldonado.

–       Carlos Sainz appeared to suffer a reoccurrence of the issue that hampered his qualifying yesterday on his way to the grid. He started from the pitlane but retired just a few corners after the start when the problem reappeared.

For many reasons, this has been a difficult weekend for everyone at Renault Sport F1 and our thoughts have naturally been back in Paris, with the victims of the attacks and their families. From a technical standpoint, we tried out the new ICE upgrades in Daniel Ricciardo’s car. The engine ran reliably, but unfortunately it did not deliver the expected improvements in performance. All the same, the reliable running ensured we gathered a lot of data to analyse how we can move forward to the final race of the year and going into the winter. Daniil and Max had solid races and were able to fight for positions, but it’s not been the most memorable race to be honest.

Naturally our thoughts this weekend have been primarily with our friends, family and colleagues in our home city of Paris. Everything else has been overshadowed by this tragedy. On track we’ve had a solid but unspectacular Grand Prix. We debuted the upgraded ICE with Daniel [Ricciardo], knowing that we would have to take a heavy grid penalty for relatively minimal performance gains. It was crucial, however, for us to do this to gather as much information as possible for the next stage in our development plans. The upgrade ran reliably but we must now look at the data accumulated from the weekend to establish its full performance potential, and adjust our development strategy accordingly.