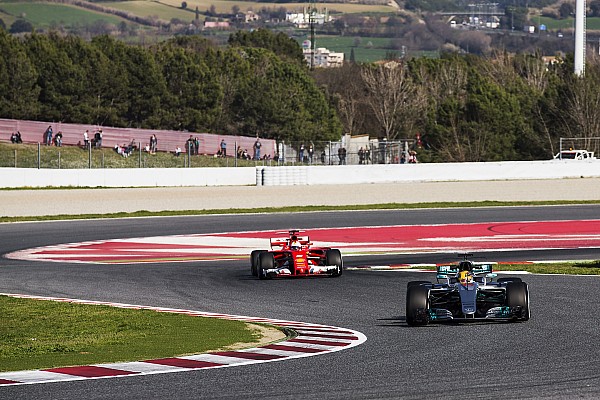 The FIA has told Formula 1 teams they could be asked to remove their suspension systems if they fail to prove aerodynamic performance gain is not the design’s primary purpose.

Debate between teams about clever hydraulic suspension devices has been ongoing since Ferrari wrote to the FIA at the end of last year to query their legality.

Although Ferrari’s initial clarification was not aimed at any specific team, it is believed the issue revolves around technology concepts Mercedes and Red Bull have previously used legally and were being taken to the next level.

While the most recent talks between teams earlier this month failed to reach a resolution, the FIA has now issued a technical directive clarifying the situation.

In a document sent to the teams and seen by Motorsport.com, the FIA outlined how it intends to assess the legality of suspension systems, with a particular focus on how they affect aero performance.

The FIA picked out five key characteristics or components that it will deem non-compliant:

The FIA said it hoped the clarification made it clear what teams would need to do to prove their system was compliant.

The document goes on to make it clear if a team fails to satisfy the technical delegate the primary purpose of the suspension system is to insulate the chassis and the driver from undulations in the road surface, if asked to do so, the FIA may ask for the system to be removed or disabled.

Should a team use the system despite being asked to remove or disable it, the matter will be reported to the stewards.

Although the latest clarification appears to rule out the type of system Red Bull was suspected of using, Christian Horner said he believed his team is within the regulations.

“The FIA appear to be happy with the way we have interpreted the rules,” said Horner. “If anybody has a problem with that, they have the right to protest.

“We can only go on the advice we receive from the governing body. Certainly all the feedback we’ve had has been – [there is] no issue.”

Mercedes chief Toto Wolff said he was relaxed about the situation and does not fear the prospect of a potential prospect against his team’s suspension system at the season-opening Australian GP.