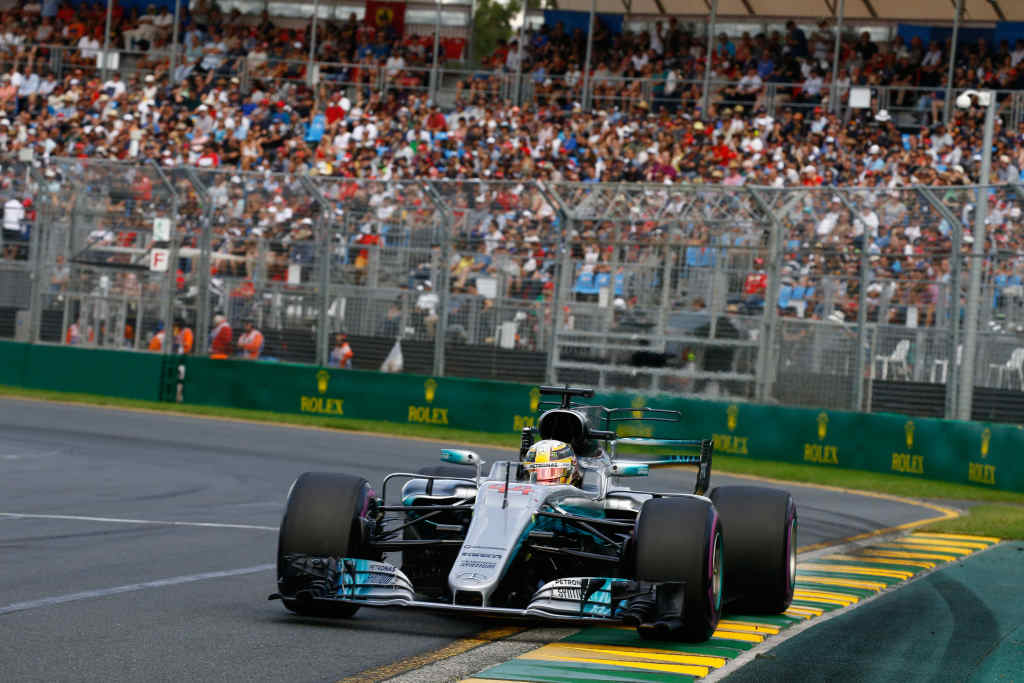 Lewis Hamilton
It’s been a fantastic weekend so far. It’s amazing to be here for the 11th time. It feels like only yesterday that I came here for my first race in 2007. I’m just incredibly proud of the team. The rule change has been huge – it’s been such a massive challenge and the guys have worked so hard to get the car to where it is today. To be up here representing them is fantastic. I’m looking forward to the race. I think it’s close between us and Ferrari. Tomorrow is about putting all of the work that’s gone on over the winter and over testing into practice. I think Valtteri did a fantastic job in his first qualifying session, which is great for us.

Valtteri Bottas
Third position is not ideal. I couldn’t quite get a perfect lap in, so I’m not quite satisfied with the result. But what I’m really proud about is the team of people who built this car. I only saw a very small part of the preparation for this new era of Formula One – but it’s really nice to see that all of the work has paid off. Tomorrow is the day that matters and my race starts have been quite strong, so hopefully we can keep that going.

Toto Wolff, Head of Mercedes-Benz Motorsport
P1 and P3 is a really good way to start the first race after a winter with so many changes. Under new regulations, there were no guarantees for us and we knew from testing that Ferrari were very strong. It was exciting to have that close battle for pole, right down to the wire with the final laps in Q3, and it’s clear that we have a big fight on our hands with Ferrari. Lewis has been flying all weekend so it’s great to see him put it on pole. For Valtteri, he might be a little disappointed to miss out on P2 by just a few hundredths. But you cannot expect everything perfect on the first weekend. He improved with every run and there is still more to come, no doubt. Now we need to get our heads down, do the homework and see what tomorrow brings us. Whatever happens, it will only be the first part of the answer to how the competitive picture looks. But I hope most of all that we see a great battle for the fans to enjoy, to begin this new era for the sport.

That was an exhilarating session. Massive credit to all the people in this team who, after such a strong year in 2016, have created a car to a new set of regulations, come back a year later and put it on pole again. It’s a splendid effort from the entire team. But what is clear is that it’s very close. We’ve got some serious competition and this could be the start of quite a memorable season. We’ve just got to make sure that it’s us who keeps our nose ahead in the development race. I’ve joined a very strong group of people here and it’s a privilege to be part of this team.