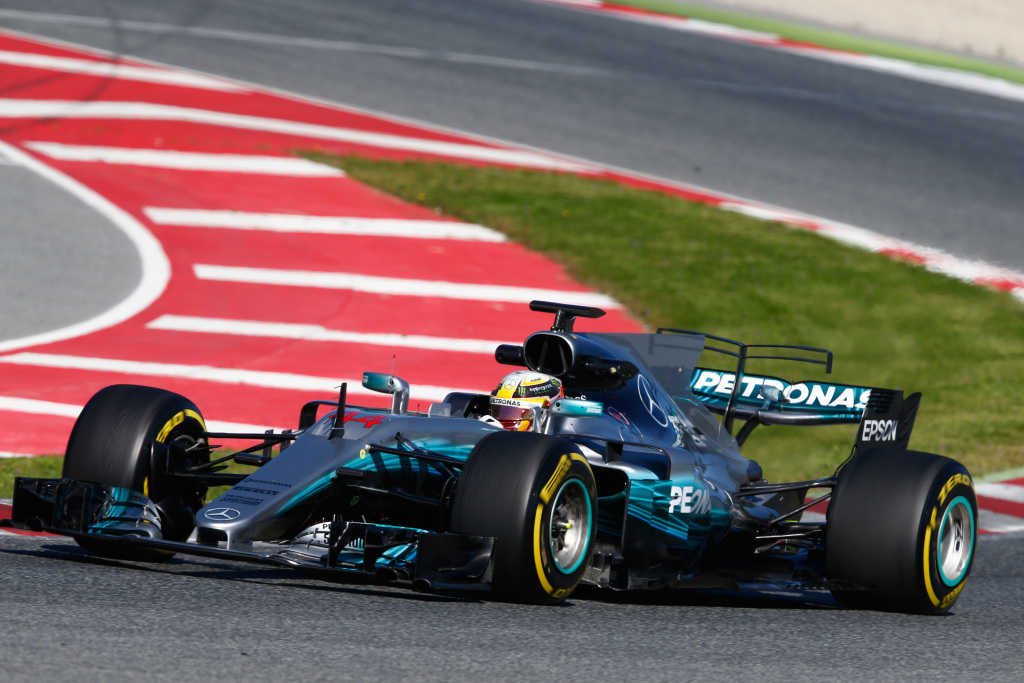 Mercedes-AMG Petronas Motorsport completed 135 laps – just over 628km – of the Circuit de Barcelona-Catalunya on Tuesday, as 2017 pre-season testing continued in Spain with Lewis Hamilton and Valtteri Bottas taking turns at the wheel of the F1 W08 EQ Power+

I didn’t get a massive amount of laps in this morning but the car was feeling similar to last week. The track wasn’t feeling great. We’re still just trying to get as much running in as possible, it’s still a work in progress.

We’re on target in terms of the laps that we’ve done and the mileage, but we’re always searching for more performance.  I think the car will start to come together this week. There’s still bits coming in and we’re improving all the time, but I’m confident by Melbourne we’ll have the best car we can. We’ll have all the upgrade parts, an understanding of the set-up and where we need to put the car to make it fastest.

We had some damage to the floor this morning, which is why we stopped early. I sacrificed a little bit of my time to make sure Valtteri’s car was fixed for the afternoon.

When we left here last week it looked like Ferrari was our closest rivals, today Red Bull look quick. It’s going to be interesting over the next few days and when we arrive in Australia. The field will be close, that’s for sure.

We managed to complete more mileage – more than 80 laps in four hours – which is good. We’re still focusing on the long runs and doing setup changes and learning about the car, so it was a valuable day.

We haven’t quite got to the point where we want to be yet. There’ s always work to do with the car and we’re evaluating all the upgrades – what’s good and what’s not good – and seeing in what areas we still need to improve.

We’re not looking at lap times right now, but we can beat the 1:19:705 we set last week if we want to, it’s definitely possible.

I think Ferrari are looking very good – they seem to be consistent and fast. We shouldn’t underestimate them or Red Bull. We’ll need to keep working hard to be in the best shape possible for Melbourne.