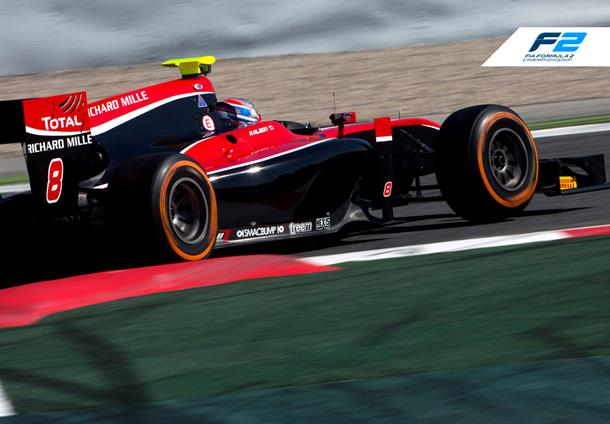 Alexander Albon has claimed the honours in this morning’s FIA Formula 2 Championship test session in Barcelona, grabbing the top spot in the closing hour of the session with a lap time of 1:28.225 to squeeze out Johnny Cecotto (by 0.025s) and Artem Markelov (by 0.175s) in the second day of the session.

The track opened at 9:00 CET under gloriously sunny, if not hot, conditions, and the teams wasted no time in getting their drivers onto the circuit. Oliver Rowland and Norman Nato lead the way in the first hour from Luca Ghiotto, Albon, Antonio Fuoco and Charles Leclerc until the red flags emerged for the first time, with the circuit operators wanting to look at a section of the track.

Albon put himself on the top of the timesheets when the circuit went green once more, and stayed there for the remainder of the session, ahead of strong times for Cecotto and Markelov. Their cause was helped by another red flag period late in the session when Gustav Malja stopped on track, having appeared to have run out of fuel: the Swede’s times were subsequently deleted when the car was judged to be underweight.

The teams will now analyse the data over lunch before returning to the pitlane, with the afternoon session beginning at 14:00 CET.