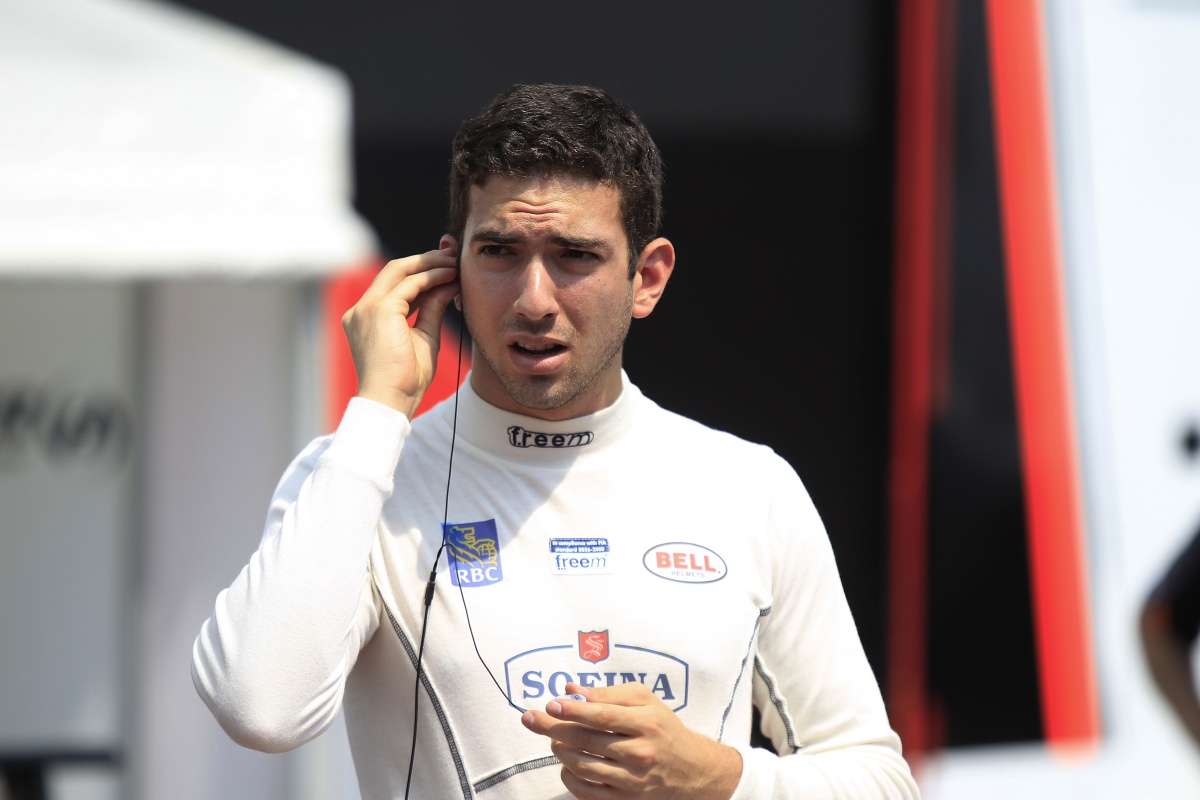 DAMS will blend talent, experience and ambition for the 2016 GP2 season, with a line-up of Alex Lynn and Nicholas Latifi chasing the Drivers’ and Teams’ titles.

Jean-Paul Driot’s Le Mans-based squad has been the most successful GP2 team from the past five seasons, having taken Drivers’ titles with Romain Grosjean, Davide Valsecchi and Jolyon Palmer in addition to two Teams’ crowns and 17 race wins.
After a terrific 2015 saw the team claim five pole positions – more than any other outfit – and two race wins, DAMS is now focusing its efforts on securing yet more championship success.

22 year-old Alex Lynn from Essex, England, has the 2011 Formula Renault UK and 2014 GP3 Series titles to his name. Having taken pole position on his maiden appearance at the Macau Grand Prix in 2012, Lynn once again filled the front grid slot and dominated the event a year later after finishing third overall – and top rookie – in that season’s FIA Formula 3 European Championship. His graduation to GP2 with DAMS in 2015 was accompanied by instant success, with the young Briton taking an impressive win on only his second championship weekend at Barcelona. The Williams Martini Racing Development Driver gained another victory at the Hungaroring and ended the year sixth overall with two pole positions and the second-highest number of laps led of any driver in the series. Remaining a major part of the DAMS set-up for 2016, Alex is sure to be a contender for the title.

New team-mate Nicholas Latifi, 20, hails from Toronto and is the first Canadian to race for DAMS. Nicholas began karting as a hobby at the age of 13, but was convinced to pursue professional racing by the extremely impressed owner of his local circuit. After arriving in Europe in 2012, Nicholas became a race winner in Italian F3, took podium finishes and pole positions in British F3 and claimed an unbeaten total of four victories in the Ferrari Florida Winter Series, where the likes of Max Verstappen were cutting their teeth. A varied 2015 programme included 11th spot in the Formula Renault 3.5 standings, a podium finish in the Porsche Carrera Cup GB and a handful of GP2 race appearances. His hard work led him to joining DAMS for the post-season GP2 test in Abu Dhabi, from which he superbly emerged with the fastest time of the three-day session.

Jean-Paul Driot: “First of all, I would like to congratulate the team for a great 2015 season. Having taken two rookies on board, we knew that it would be extremely difficult to keep both titles in a championship that places significant emphasis on experience. Nevertheless, everybody’s remarkable work and constant progress were rewarded with third place in the Teams’ championship. We continue with Alex, who consistently demonstrated his winning attitude and will be leading the squad next year. We are also delighted to welcome Nicholas, who showed his speed during the recent Abu Dhabi test by setting the fastest time overall and will certainly surprise a few people during the coming season. With this mix of speed, enthusiasm and experience, DAMS is now ready to fight at the front in 2016.“

Alex Lynn: “I am very happy to continue with DAMS after sharing so many extraordinary moments – including my first GP2 win – in my rookie season. Thanks to the team I improved all aspects of driving in 2015, especially my ability to manage a race distance. I am now better prepared than ever before and ready to fight for victory at each event. The target is to win the championship.”

Nicholas Latifi: “I am really excited to join DAMS for 2016. Our first test together in Abu Dhabi was very positive and led to us setting the fastest time of the week. I have no doubt that we’ll need to dig even deeper when the season starts, as everyone will be doing the same thing to get the upper hand. With the help of the team and its GP2 championship-winning experience, I am going to have the best environment possible to develop myself as a driver and fight at the front for good results.”