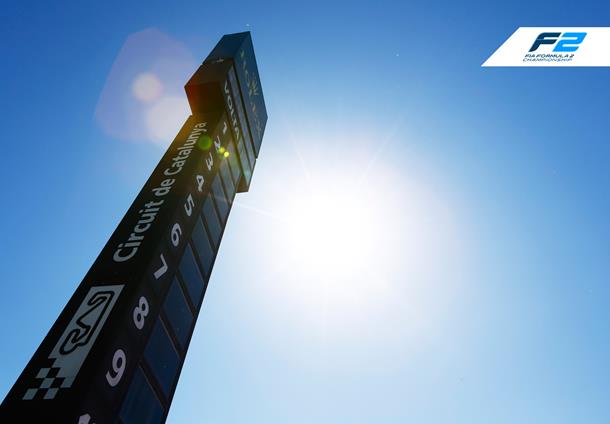 The 2017 FIA Formula 2 season officially kicks off tomorrow with the first test session of the year at the Circuit de Catalunya in Spain. The teams and drivers have set up camp for the next three days, from Monday 13th to Wednesday 15th, to prepare themselves and their drivers ahead of the debut of the new championship which will start in just one month’s time, on April 14th at the Formula 1 Gulf Air Bahrain Grand Prix.

PREMA Racing, who have been given the honour of carrying car number 1 and 2 after their stunning season last year, with be hosting Ferrari Driver Academy drivers Charles Leclerc and Antonio Fuoco: the Monegasque ace will be hoping to repeat his championship winning form from the GP3 Series, while the Italian will look to build on his strong third place in the same category. Racing Engineering is building on their traditionally strong line up with Louis Delétraz, fresh from P2 in Formula Renault 3.5, and Gustav Malja, who will look to build on his brace of podiums last year in the GP2 Series.

DAMS bring an experienced line up in the shape of Oliver Rowland and Nicholas Latifi, with both men pushing to return the French team to the top of the pile, while over at Campos Racing the Spanish team will debut new signed racer Ralph Boschung, who steps up from GP3, while next to him Roberto Merhi brings his undoubted pedigree to the test with his countrymen.

MP Motorsport have a mixture of youth and experience in the shape of drivers Sergio Sette Camara, stepping up from European Formula 3, and Jordan King, who will bring his multiple race winning experience to bear as he returns to his old team, while Trident host young Malaysian racer Nabil Jeffri, alongside the experienced Sergio Canamasas for this test.

Over at Rapax the Italian squad have announced their 2017 line up in the shape of McLaren development driver Nyck De Vries, fresh from his race winning form in GP3, and Johnny Cecotto, who was on the podium with the team last time out in GP2, while at Pertamina Arden the British team will be helping Norman Nato and Sean Gelael achieve their dreams.

Pirelli have selected two different compounds for these three days: Hard (Prime) and Soft (Option). Each driver will be supplied with five sets of Prime and two sets of Option.