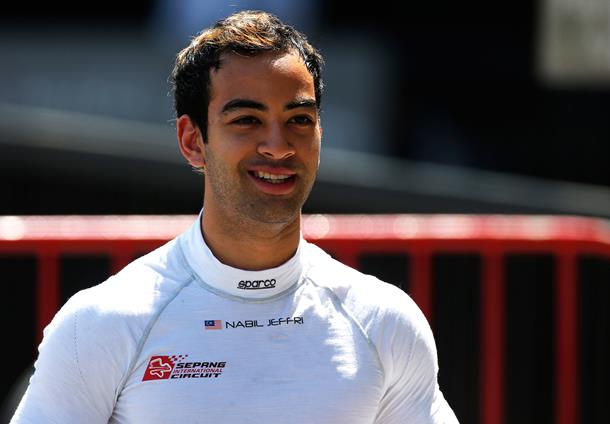 Team Trident is proud to announce one of the key elements in their 2017 GP2 Series assault. The Italian squad will be joining forces with 23-year-old Malaysian Nabil Jeffri. The promising youngster, coming from Kuala Lumpur, will be lining-up for his second season in the series after building a consistent and valuable experience and technical knowledge with a three-season Formula 3 stint. In 2016, he was already able to secure his first GP2 points. Jeffri already had the chance to meet with the team’s technical staff in postseason testing at Yas Marina, running for one day at the Emirates venue. There are high hopes for the upcoming collaboration as the combination will be back on-track from the next 13th of March at Barcelona in the opening round of preseason testing. It will be the next step in Jeffri’s career after making his car racing debut in the 2010 Formula BMW Pacific championship.

Giacomo Ricci – Team Manager
“We are extremely delighted to announce Nabil Jeffri as our first GP2 Series driver for 2017. We already had the chance to collaborate with this promising Malaysian driver during last year’s postseason testing when he showed great adaptation skills to our cars. We were really impressed by his progress in terms of results despite he only ran with us in the final day. We started working together in mid January and we are convinced that, benefitting with all the work done so far, Nabil will be really competitive from the first time on-track at Barcelona”.

Nabil Jeffri
“I am really honoured to be the first Trident driver announced for the 2017 GP2 program. Having the chance to return to the series for my second season, and doing it with a Team with such a long and winning history is a dream for me. I am sure that they will support me best in 2017. Giacomo has been incredibly kind and supportive with me since the beginning and I love working with every single member of Team Trident. My goal is to do a great job with the team’s technical staff and aim for the top-10”.