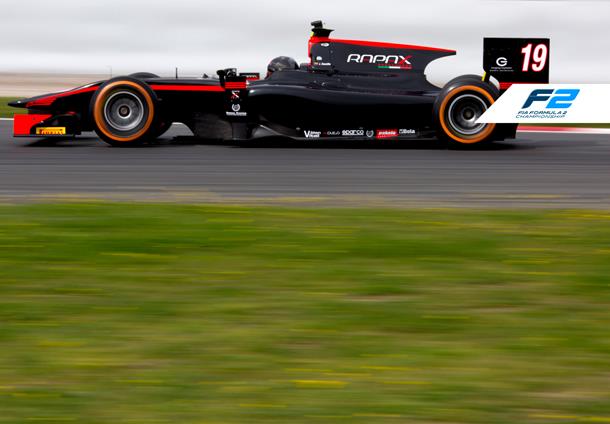 Venezuelan on top on first morning of test

Johnny Cecotto got the 2017 FIA Formula 2 Championship’s season underway by topping the timesheets in this morning’s first test session in Barcelona with a laptime of 1:29.239, bumping Oliver Rowland and Nobuharu Matsushita off the top spot late in the session by just over a tenth.

The session opened under overcast but dry conditions and all of the teams headed out immediately, with Sean Gelael the first man on track as the lights went green. Much of the session was dedicated to installation laps as the teams worked to set up a base for their cars, with PREMA Racing pair Charles Leclerc and Antonio Fuoco the only drivers to set a time for the first hour.

Jordan King was the first driver to start pushing, setting the pace just after the hour mark, and his rivals were soon following in his wake: Luca Ghiotto was the target with 30 minutes remaining in the session, ahead of Rowland and Gustav Malja, and the Briton soon blew past his mark with Matsushita in his wake.

But as the session wound down Cecotto just pipped his rivals to take the early bragging rights as the session closed and the grid returned to the pitlane: the teams will now evaluate their set ups and have a quick bite to eat before the afternoon session opens at 14:00 CET.