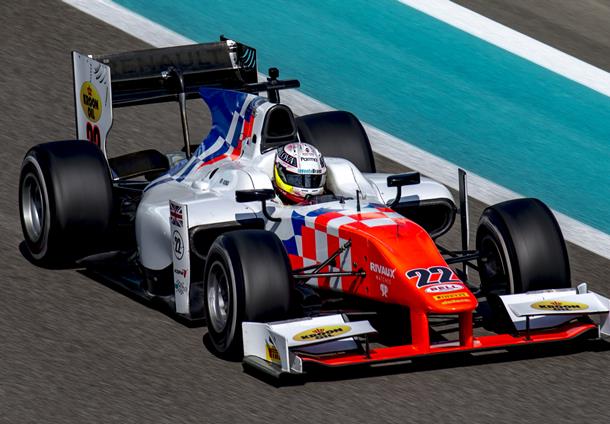 The final day of post-season testing opened once again under blue skies but in slightly cooler conditions with the twenty-one drivers on Medium Pirelli tyres. Jordan King set the early pace in a 1:50.136 before there was a red flag caused by Sergio Sette Camara – who had switched to car #19 at Carlin for the day – after he hit the barrier at Turn 19.

At the restart, Delétraz found some extra pace to clock in a laptime of 1:50.403 but it was not enough to challenge King and the Swiss went P2. Halfway through the session, a second red flag was caused by Cecotto who stopped on track at Turn 20. When the action resumed, King bettered his own lap and was the first man to dip under 1m50s setting a laptime of 1:49.880.

The remainder of the session was trouble-free but busy with most of the drivers completing long runs. At the chequered flag, behind King: Delétraz, Cecotto, Gustav Malja, Oliver Rowland, Artem Markelov, Antonio Fuoco, Sette Camara, Egor Orudzhev and Philo Paz Armand completed the top ten.