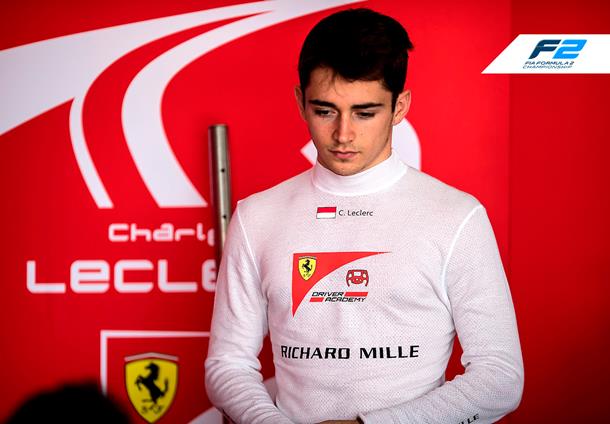 Charles Leclerc has set the bar for the second FIA Formula 2 pre-season test by topping the timesheets this morning at the Bahrain International Circuit: the Monegasque driver had a trouble free run to a laptime of 1:41.454, one tenth faster than Jordan King and Luca Ghiotto.

The session opened to the expected warm temperatures, with all drivers making use of their first set of medium Pirelli compounds as they ran through the usual installation routines, running in and out of the pitlane a number of times as the teams studied the data. King was the only driver to set a laptime for the first third of the session, with Sergio Sette Camara taking over on the timesheets at the halfway mark.

Soon after the pace started to pick up, and the PREMA pairing of Leclerc and Antonio Fuoco were the first drivers to set competitive times, with the Monegasque driver setting the target with what would ultimately be the top time for the session. With an hour remaining King improved to split the teammates and grab P2, with Nobuharu Matsushita improving to 3rd shortly after.

In the closing stages of the session the pace improved all along the pitlane, with Ghiotto grabbing P3 with 30 minutes remaining, but as the chequered flag dropped no one was able to beat Leclerc’s time: the top 12 drivers were within a second of his best lap, which promises excitement to come when the teams return to their pits after lunch, in two hours’ time.