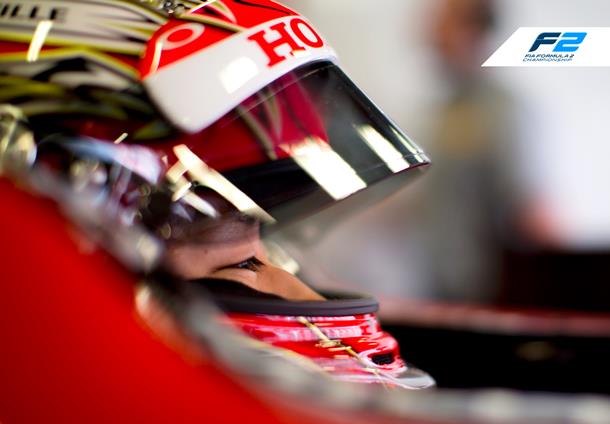 Nobuharu Matsushita claimed the first day honours after topping this afternoon’s FIA Formula 2 Championship pre-season test in Barcelona, stopping the clock halfway through the session with   a time of 1:29.061 to lead ART Grand Prix teammate Alexander Albon and Norman Nato, who both finished on the same time, by just under a tenth and top this morning’s best time set by Johnny Cecotto by almost two tenths.

The sun came out for this afternoon’s 3 hour session, with Sean Gelael the first driver to set a competitive time as the teams finished their installation work a third of the way through the session. Matsushita grabbed the top spot at the 1hr20 mark and was never displaced, despite some strong work from Albon, Gustav Malja, Charles Leclerc, Cecotto and finally Nato as the clock wound down to zero.

The Japanese driver had time to practice pitstops with his team in the closing minutes of the session as his rivals tried in vain to top his times, with most conceding defeat and joining him in the pits over the closing minutes. The sunny conditions contrasted with this morning’s gloomier weather, when the test opened to overcast but dry conditions as the teams worked on their set ups before heading out on track.

Jordan King and Luca Ghiotto were the early targets with Oliver Rowland looking like he would claim the honours late in the session, before a last lap by Cecotto grabbed the morning’s top spot with a time of 1:29.239, ahead of Rowland and Matsushita. The Japanese driver will be quietly happy with his first day’s work, but his rivals will be looking to rain on his parade when action restarts tomorrow morning.