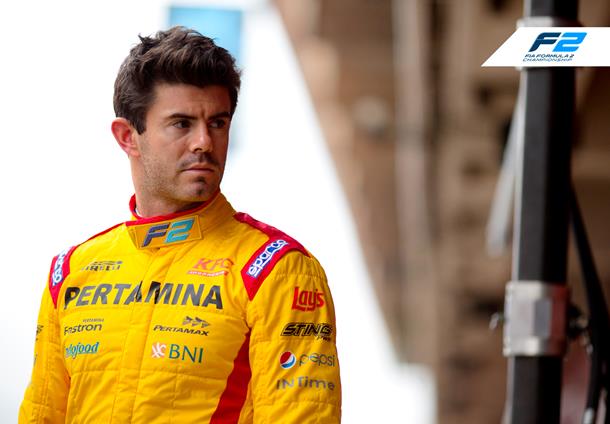 Norman Nato grabbed the top spot the morning in the second-last session of the FIA Formula 2 Championship test in Barcelona, defying his rivals halfway through the 3 hour period to stop the clocks at 1:27.834 for the fastest time yet set across the test ahead of Oliver Rowland (0.054) and Alexander Albon (0.105).

The day got underway with more gloriously sunny conditions, and the teams wasted no time in getting their charges on track: unfortunately they were all to return almost immediately when Nato stopped on his outlap. The circuit went green shortly after, but another 2 quick red flag periods were prompted shortly after when first Rowland and then Nyck De Vries also stopped on track.

When the track went green the drivers were chomping at the bit to get a fast lap in, with at least one eye on qualifying later in the year: De Vries set the early pace from Charles Leclerc and Albon, with the Thai driver briefly grabbing the top spot before Nato annexed it at the halfway mark in the session, setting a target that could not be reached by his rivals, despite their best efforts.

Following this most of the teams concentrated on long runs, and the Frenchman’s time was secure. The teams stopped work on track early to concentrate on the data for this afternoon’s session, the final one of this test, which opens earlier than usual at 13.00 CET.