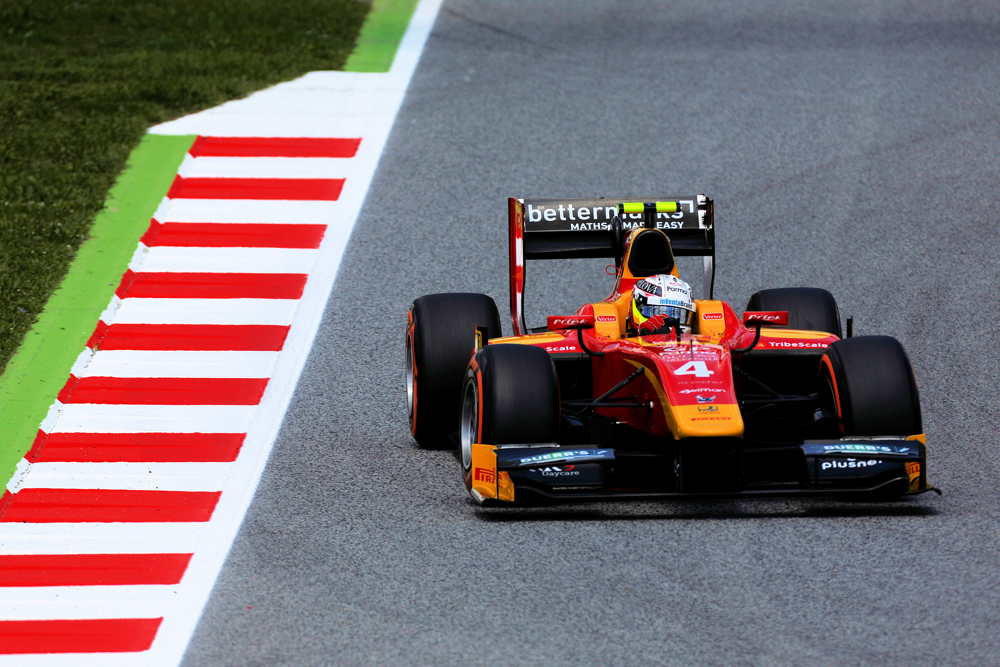 The eleven GP2 teams were greeted at the Circuit de Barcelona-Catalunya with blue skies and warm weather for the opening round of the 2016 GP2 Series with air and track temperatures of 19° and 36° respectively for the morning 45 minute Free Practice session. Pirelli are supplying their P Zero Orange hard and P Zero Yellow soft tyres for this weekend.

Both of the Racing Engineering drivers were immediately on the pace with Norman Nato going 3rd on his first flying lap with a time of 1:29.874s with Jordan King just behind him in 6th with a lap of 1:30.001s. After completing eight laps and with 28 minutes of the session remaining both men returned to the Racing Engineering pits for some adjustments and then, with just over fifteen minutes of the session remaining, Norman and Jordan returned to the track but wit! h both men concentrating on their race set-up they did not improve on their earlier times.


It was a little cooler for the afternoon thirty minute Qualifying session with the track temperature down to 34° and everybody was now using the Pirelli P Zero Yellow soft compound. However, just as the cars left the pitlane, it began to rain and all the drivers were immediately trying to set a quick lap in case the conditions got worse but with all the cars together on the track finding a clear space was very difficult. Jordan immediately went 5th with a lap of 1:31.725s and then Norman jumped to 4th on 1.29.585s but everybody had to be careful on the slippery track surface.

As the session reached the halfway point Norman and Jordan returned to the pits for some adjustments and a new set of s! oft tyres. Both of the Racing Engineering cars were back on track with ten minutes to go and the conditions had now improved and the lap times were falling. With five minutes remaining Norman put in a very quick lap to go fastest with a time of 1:28.271s and Jordan improved to 1:29.322s to move up to 13th.

Although Gasly went a little faster, Norman finished the session in second and will start tomorrow’s 37 lap Feature Race from the front row of the grid and must be considered a strong contender for the race win. A disappointed Jordan will be starting from the sixth row and will be fighting to move up into the points and get a good grid position for Sunday’s Sprint Race.

tags: Jordan King Norman Nato racing-engineering
previous Norman Nato joins Racing Engineering for the 2016 GP2 Series with the aim of fighting for the Championship.
next Victory and championship lead for DAMS at GP2 season-opener in Spain