Rowland leads the way on Day 2 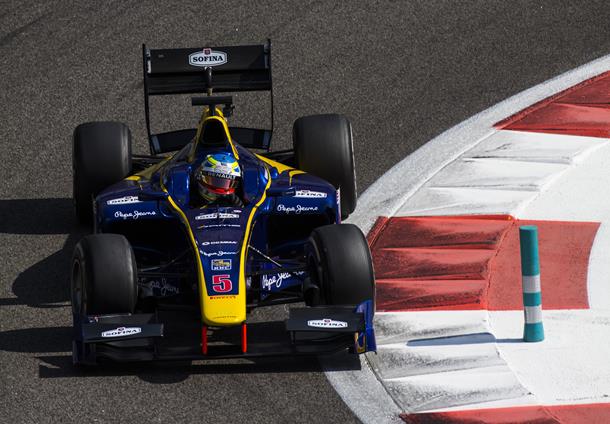 Oliver Rowland set the pace in this morning’s test session at Yas Marina Circuit clocking a laptime of 1:49.675, 0.037s ahead of Raffaele Marciello. Johnny Cecotto completed the top three.

Day 2 of post-season testing opened at 11.45 local time (GMT+4) in hot temperatures and under blue skies with the twenty-two drivers on Pirelli Medium tyres. Some new faces joined the field with Briton Callum Ilott (ART Grand Prix), Daniel Juncadella (Pertamina Campos Racing), Chris Höher (RUSSIAN TIME) and Nyck de Vries (Rapax) whilst other drivers switched teams. When the session turned green, it was quickly interrupted by a red flag period as the car of Antonio Fuoco stopped on the straight. At the restart, it was Rowland who set the early pace in a 1:49.878 but Marciello continued his top form from yesterday and went P1 with a laptime 0.016s better than the Briton.

There was a second short red flag period courtesy of rookie Charles Leclerc who stopped on track at Turn 3. Soon after the restart, Rowland reclaimed P1 after improving on the Italian’s best time with a laptime of 1:49.675. In the closing stages, the proceedings were shortly halted for a third time after Daniel Juncadella stopped on track at Turn 11.