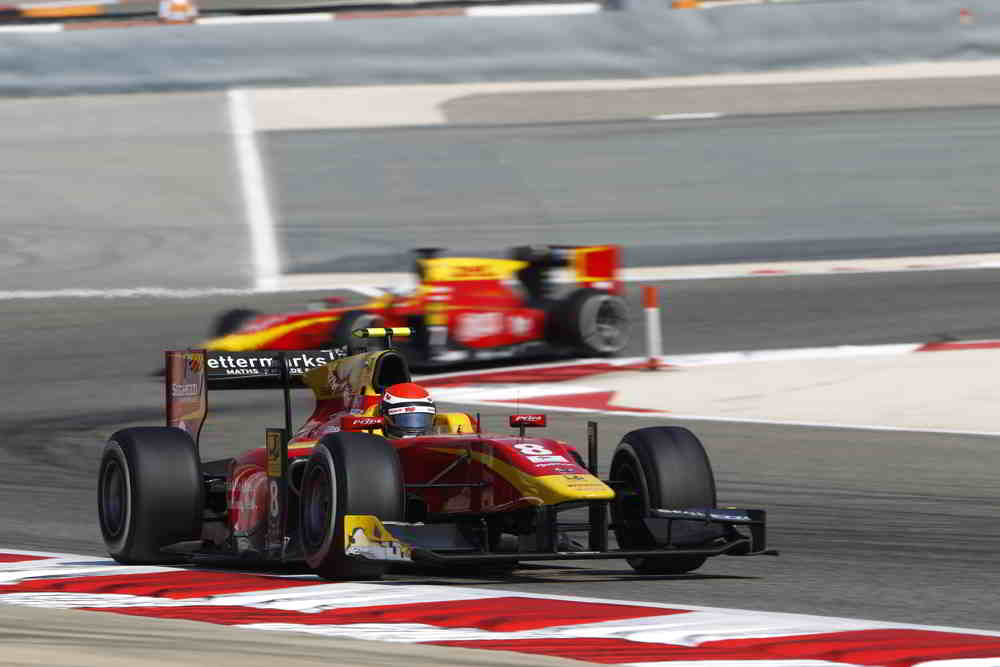 After ten race weekends and twenty races it is time for the final round of the 2015 GP2 season and it is an important time for Racing Engineering and its two drivers, Alexander Rossi and Jordan King.

For Alexander and the team the target for both will be to fight to take the runner-up spot in their respective championships. Alexander is currently lying in second place, 30.5 points ahead of his nearest rival and the Racing Engineering team, also in second, have a 19.5 point lead over the third placed team. For Jordan, he will be looking to finish his rookie season on a high.

With a maximum 48 points available in the Drivers’ Championship it will be important for Alexander to score as many points as possible and, although he will be looking to add to his tally of four wins this season, a good result in both races will secure him second place but he will be taking nothing for granted as the last rac! e, in Bahrain, showed where incidents in both races prevented him from scoring points, nothing can be taken for granted.

Jordan had mixed results in Bahrain but a stunning drive from 16th, after he was forced off track on the opening lap, to 6th at the chequered flag showed once again just how competitive the young Englishman has been in his first season in GP2, possibly the most competitive racing formula in the world.

1. The race track was built on Yas Island, part of the Emirate of Abu Dhabi, United Arab Emirates.

2. Since 2009 the Yas Marina Circuit has been part of the Formula 1 World Championship.

4. Currently Abu Dhabi has the honor of being the last race of the GP2 and F1 Championships.

5. Historically, overtaking has been a problem at this track.

6. The circuit has two long straights, hairpin corners, passes under the famous Yas Hotel and surrounds the port.

7. Yas Marina is located in an urban development project that includes a theme park, a marina, residential areas, a water park, sports and leisure areas, a hotel with rooms overlooking the circuit and an exclusive tower for the sheikhs at the end of the main straight.

8. Its twenty corners cross the natural island, pass through the marina and go around sand dunes, with several long straights and tight corners.

9. One of the biggest peculiarities is the pit-lane exit, which is a tunnel to make it safer when rejoining the session and to maximize space.

10. Generally, the Yas Marina Circuit is quite fast, with several points of hard braking and long straights.

5. F1 drivers will change gear 68 times per lap against the 40 times that a GP2 driver will have to do.