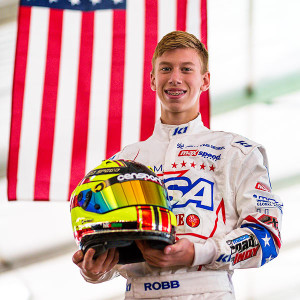 MARCH MADNESS: Off To A Great Start!
We started March off with Pro Mazda Championship testing in Florida, and capped it off with supporting four racers at the Formula Car Challenge season opener. In the short time between those events we also supported three racers at the St. Pete Grand Prix, and did a ton of testing in California. We still have a couple of test days scheduled for next week too. The green flag on the 2017 racing season is out, and we are off to a great start! You can learn more about how our races went in the features below.World Speed is just closing out our own version of March Madness.  It’s incredible to work with such a great team of people who can help us accomplish so much in such a short period of time.

See you at the track,

The 2017 Formula Car Challenge presented by Goodyear season opener occurred this past weekend at Sonoma Raceway. World Speed drivers made an impressive showing with multiple wins and pole positions.

Read the entire story and get access to timing reports, points, and photos here…

World Speed Motorsports has been competing in this Mazda powered series since its inception in 1991. This season’s WSM contenders are Sting Ray Robb, Bobby Eberle, and Phillippe Denes.

“The first race of the season went very well for me, after not having any seat time in the car before the race, I found that I adapted quickly and learned something new every session. The guys at WSM helped me adapt to the car well and I know for sure that they will be able to teach me many more things. I’m looking forward to the second round of the Pro Mazda Championship on the Mazda Road to Indy Presented by Cooper Tires at IMS Road Course, I feel that we can take the fight for the win. I’d like to thank everyone at World Speed Motorsports for their support over the weekend! “

“What a way to start the season!  We worked so hard to pick up the pace, and we showed it both in the spring training test at Homestead and here at St. Pete.  A few issues kept us from being even faster, but despite those setbacks, it was a solid weekend, and it certainly provides motivation to do even better at the Indy GP.  I have a great set of teammates, and the entire World Speed crew did a fantastic job on the #13 TITLE Boxing Club Pro Mazda car.”Bobby Eberle – (Currently 9th in points)

“An incredible weekend, my first weekend in the MRTI Pro Mazda Championship. Started P7 today and battled through to P4. Thanks to the entire World Speed crew for providing a strong machine helping me make great progress this early in the season! I’m excited & giving Glory to God. Thanks to all my fans around the world for prayers, cheers & support!”Sting Ray Robb – (Currently 5th in points)