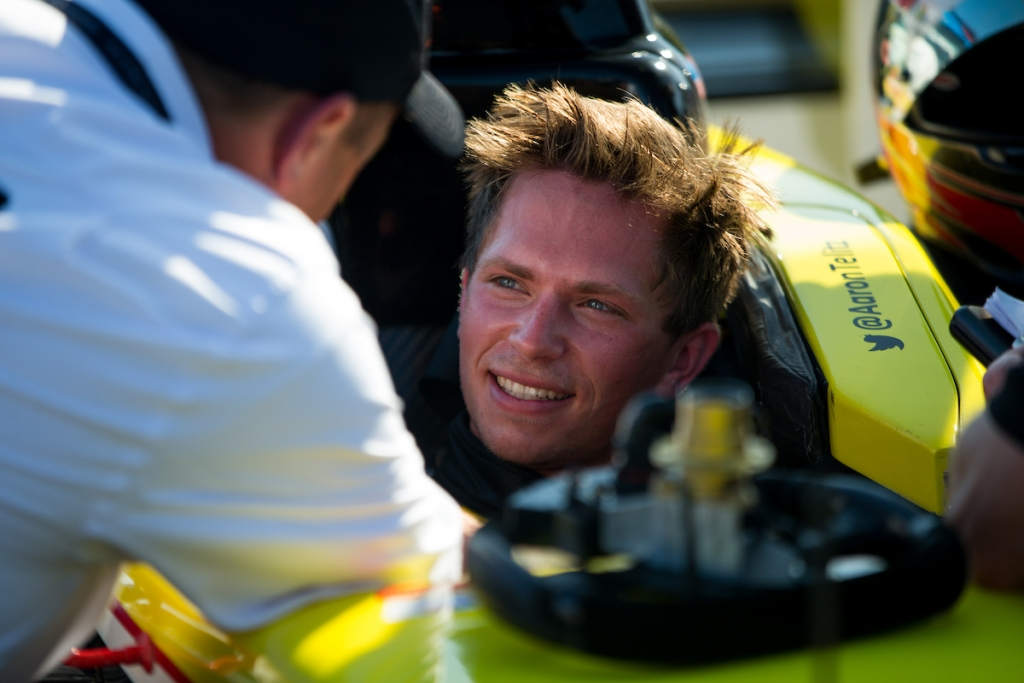 Mazda awards scholarships to championship-winning drivers to advance up the ladder in professional racing, and this is the second scholarship for Telitz. (He won a Mazda competition in 2013, which earned him a ride in the 2014 Cooper Tires USF2000 Powered by Mazda series.) He has eight victories and 11 pole positions in the Mazda Road to Indy, and ranks 10th in all-time Pro Mazda race wins. He is the fifth driver to win multiple Mazda scholarships since 2006.

Telitz explained how he and the Belardi team came together.

“John Brunner, the team’s general manager, and [team owner] Brian Belardi invited me to the IndyCar/Indy Lights race at Watkins Glen last fall before the Pro Mazda season ended,” he said. “I had a head-start in knowing the guys and seeing how the team works and knowing their cars are fast. They won that weekend and then again at Mazda Raceway Laguna Seca. I just really enjoyed how the Belardi guys worked. They were really professional and Brian is from Wisconsin. It’s great to have that home-state connection, as most of my personal supporters are from Wisconsin.”

“It’s a huge advantage to have veteran drivers on your team in your first year,” said Telitz. “You know when you’re in the ballpark because those guys have a better idea of how the car should work and the changes that need to be made. We’ll all learn as the season goes on, but to have them there to lead in the early stages is going to be a big advantage for me.”

Based in Brownsburg, Ind., the Belardi team has been a part of the Indy Lights series since 2011. The team won the 2014 driver’s championship with Gabby Chaves. In 2016, Belardi won more races than any other team with six Indy Lights victories.

“We’re extremely excited to have Aaron on the team for 2017, and it’s a thrill to have the Mazda Soul Red colors under our tent this year,” said Brian Belardi, Belardi Auto Racing team owner. “Mazda has done so much for the American open wheel ladder system and this will be our second opportunity to work with such a passionate manufacturer. I know that we share their deep passion for winning, as does Aaron. To have a quality young man, and talented race car driver, like him as part of our family, I know that we’ll all be dedicated to achieving great success this year.”

“All of us at Mazda are thrilled to have Aaron carrying Mazda’s Soul Red color in 2017 with Belardi Auto Racing,” said John Doonan, director of Mazda Motorsports. “To see a talent like Aaron achieve success in the Mazda Road to Indy is ultimately what the program is all about. When he pulled into victory lane after winning the Pro Mazda Championship last fall, I told Aaron that he needed to savor the moment and remember all of the challenges he faced getting there. We cannot play favorites in the Mazda Road to Indy, but we wish Aaron the very best as he opens this new chapter in his racing career and is one step closer to the Verizon IndyCar series.”