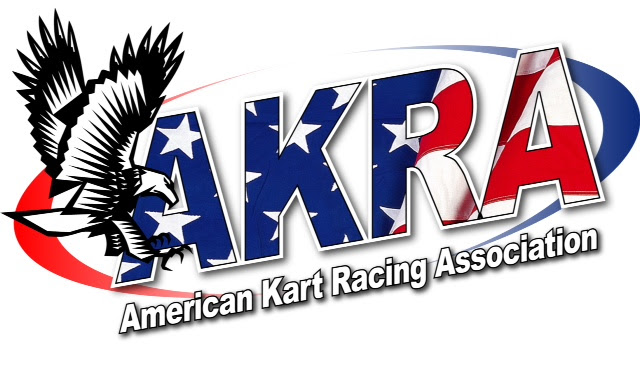 Since releasing the 2016 class structure for the American Sprint Cup Series “Southern Tour,” we have received a great amount of feedback from racers planning on supporting the new series. Based on the feedback we have made a few revisions and clarifications on how this combined 4-cycle and 2-cycle series will open at Carolina Motorsports Park, March 18-20.

We stress to our customers that AKRA will be committed to making appropriate adjustments to benefit our racers as this new program unfolds during the year. We will continue to measure, monitor and adjust as needed and any change we make will be for the best interest of the racer.
Any rule change and/or adjustment will be announced in as timely a manner as possible via press release and published on akrasprint.com and the various online social networks. AKRA will make every attempt to give racers and teams ample time to prepare for any rule change.
Driver Age Rules
Beginning with the youngest age group – 206 Kid Kart – the age will be 5 to 8, rather than 5 to 7 as originally announced. This will allow kids who may start racing at 7 and 8 years old, as opposed to 5 or 6, to begin in the Kid Kart class and have time to improve before moving to Cadet.
A driver must be 5 years old to start in Kid Kart. A 4-year-old who turns 5 within the calendar year will not be eligible to race Kid Kart until he/she turns 5 years old.
The same will go for 206 Masters, which AKRA will run as age 35 and up at 390 pounds. A driver must be 35 years old in order to compete in 206 Masters. A 34-year-old who turns 35 in the calendar year will not be eligible until he/she turns 35.
All other classes will abide by the driver’s attained age during the racing year. For example, a driver turning 15 by December 31, 2016, is permitted to race in the Senior category at any time during this season. Another example, a driver turning 7 years old by December 31, 2016, is permitted to race in the Cadet category at any time during this season.
The only classes that do not follow the attained age rule, as stated above, are Kid Kart and 206 Masters, where the driver must be either 5 or 35 to compete in the Kid Kart or Masters class.
Click here to view the updated Southern Tour class structure onAKRAsprint.com.
206 Cup Rules
AKRA has entered into a partnership with the popular Briggs & Stratton 206 Cup series and we will be using the 206 Cup rulebook. The rulebook will be followed cover to cover unless a noted otherwise. Any rule that differs from the 206 Cup rulebook will be published via press release and on the AKRAsprint.com website before the event, and will be published on each event’s Supplemental Rules handout.
Click here to view 206 Cup rules.
AKRA will run Briggs & Stratton engine rules for LO206 and TaGUSA for 2-cycle. Pro Gas Animal rules will be AKRA.
AKRA will be uniform with 206 Cup class weights for the LO206 classes. 206 Cadet will run at 265#; 206 Junior at 310#; 206 Senior Medium at 350#; 206 Senior Heavy at 390# and 206 Masters at 390#. Pro Gas Animal weights for Cadet and Junior will be identical to the 206 Cadet and Junior classes. Senior Pro Gas Animal will run at 375#.
We will not run a Pro 206 this year. TBD payouts and contingency prizes will be posted in the 206 Medium and 206 Heavy, and potentially other divisions. Amount of payout and contingency will be determined on sponsorship. Entry fees will NOT be increased in classes that pay out.
All classes offered will run both Saturday and Sunday. A driver is not required to enter for both days. A driver may enter for Saturday and not enter for Sunday, or vice versa, and will still be credited with attending the event toward the three regional events needed to qualify for an AKRA Grand National championship at Jacksonville October 21-23.
Class List
Carolina Motorsports Park – March 18-20, 2016
All classes will be offered Saturday and Sunday
10.206 MEDIUM 350#
11.206 HEAVY 390#
12.206 MASTERS 390#
13.PRO GAS ANIMAL 375#
14.YAMAHA SENIOR CAN 340#; SR-Y PIPE 360#
15.TAG SENIOR (see web page)
——————
Carolina Motorsports Park Pre-registration Opens Next Week
Pre-registration for Round 1 of the Southern Tour will open next week (week of January 11). Pre-registration will be offered online at AKRAsprint.com and via paper mail-in. Online and mail-in price will be identical.
AKRA will have the tiered entry-fee system. Tier one prices will last through Sunday, Febraury 14. On February 15, tier two prices will take affect. Prices will update on the website.
Southern Tour event registration prices are as follows:
Tier One: $80 per class per day / $55 per driver Friday practice
Tier Two: $90 per class per day / $65 per driver Friday practice
At-Track: $100 per class per day / $75 per driver Friday practice
Drivers will be required to purchase an AKRA membership in order to compete. Master Associate membership is $45 for the year and Junior Associate (younger than 18 years old) is $15 for the year. A Junior Associate must join under a Master member.
Membership will be available to purchase online at akrasprint.com or available for purchase at the track.
More news coming next week!
AKRA officials are listening and we want to hear from you! If you’d like to share your thoughts on the new American Sprint Cup Series, contact AKRA’s Keith Shampine at 704-662-5350 / keithshampine@gmail.com or Bill McCutcheon at704-764-8138 / billmcfast@aol.com.
Direct AKRA Road Race Series questions and comments to Bill McCutcheon or Van Gilder at 229-848-0483 / vanelite@live.com.
————-
ABOUT AKRA
Owner Bill McCutcheon formed AKRA in September 2005 to create and establish an organization to manage, promote and develop a healthy environment that effectively and proactively supports the karting industry.
Since its formation, AKRA has focused primarily on 4-cycle rules and Speedway oval kart racing. In 2015 AKRA implemented its first asphalt program with the Road Race Series presented by Vega Tire and in 2016 the asphalt program has expanded to include the American Sprint Cup Series with multiple regions and a Grand National Championship event to include all regions.
For more information on the history of AKRA, visit AmericanKarting.us.
tags: AKRA
previous Karting Academy Trophy: very attractive changes for the 2016 edition
next Luca De Donno: "OK engines will strengthen national and international karting"