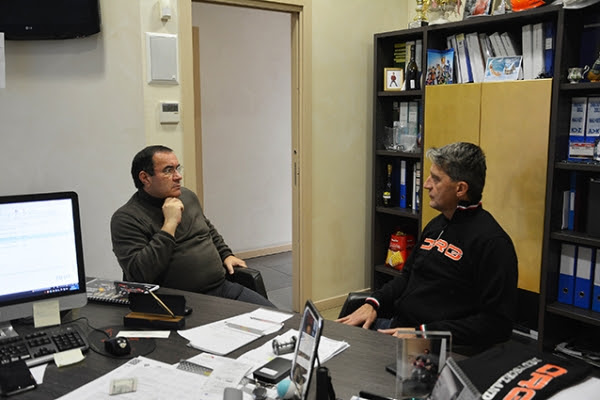 The Italian factory announced the great comeback of Dino Chiesa as team principal.

The talent scout and real karting guru Dino Chiesa is going to be 2016 team principal of CRG Racing Team. This is a comeback at CRG for Chiesa, as he was professionally born and bred at the factory led by Giancarlo Tinini in the 90s.

Dino Chiesa had then decided to move on and start an independent professional path founding MBM first, but has always been bond to CRG and Zanardi by CRG also within his Chiesa Corse that distributed Zanardi chassis.

Today the time for a stylish comeback as team principal is come. He will be managing the Racing Team and all the activities of the racing department (starting from chassis development). This choice has been required by the current important expansion of CRG and the consequent commitment of Tinini with the strategic coordination of all the divisions of the company.

CRG is in fact experiencing an important evolution abroad with the opening of several strategically fundamental branches like CRG Nordam (the North-American branch) and CRG Great Britain (England). CRG will also continue the activity of Maxter engines, as well as the brand new Centurion line that is revolutionizing rental karting.

Such an important diversification demands a reorganization of the activities and a wise choice of people in the neuralgic centers of the staff. For this reason, Dino has been chosen as team principal to follow all the activities of the racing department, including on track duties in international races, management of mechanics and technicians, and selection of works drivers in all categories, keeping an eye on the development of chassis and all material by CRG that is destined to go to the mass-production market.

Dino Chiesa will continue to manage the research and development atZanardi, which basically means that nothing fundamental is going to change. The only novelty is that Zanardi’s racing department will be integrated within CRG. Chiesa Corse will still be the official distributor of Zanardi products, as it has been doing since the origin of the Zanardi brand.

In essence, Dino Chiesa will be the contact point between CRG boss Giancarlo Tinini and the Racing Team, regarding technical, but also strategic choices. Dino Chiesa will be supported in his work at the racing team by some key figures like Glenn Keyaert, who has been in fact confirmed as team manager of CRG, after the great job done in 2015.

Dino Chiesa is basically going to be Giancarlo Tinini’s “terminal on the field” and will report directly to the patron of the Italian company. This will leave the due room to implement and develop all the company branches in this important period of growth and investment for the Group, that will involve both CRG and Zanardi through Chiesa Corse.

The rejoining of Dino Chiesa and CRG will bring several advantages with it. One on all, the union of two powers: CRG Racing Team and Zanardi, two brands that have succeeded winning a stunning total of 42 World Titles and 44 European Titles over the years in the CIK-FIA categories they took part in. The union of these two brands within a common racing and development strategy will undoubtedly benefit the products to be marketed by CRG and Zanardi chassis by Chiesa Corse.

Racing duties in 2016 will not only be focused on CIK-FIA classes though: the structure led by Dino Chiesa under the supervision of Giancarlo Tinini will also compete in Rotax and Iame X30 with both brands CRG and Zanardi.