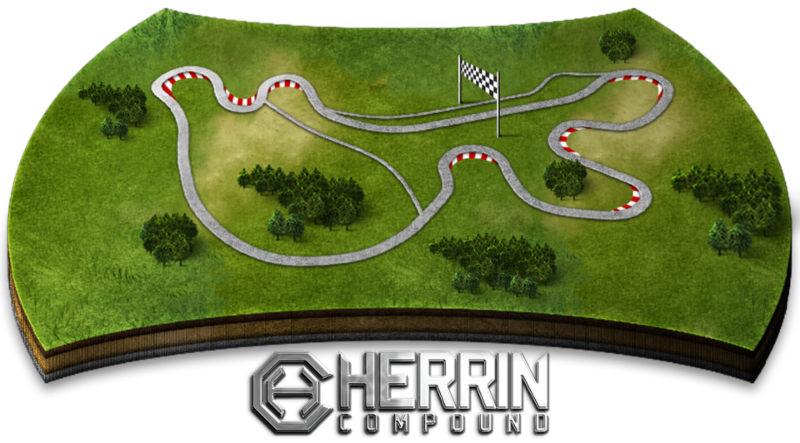 0
0   0
AKRA officials are proud to announce that the new American Sprint Cup Series will bring kart racing to the Herrin Compound in Dublin, GA for the first time ever in 2016.

The Sprint Cup Series’ “Southern Tour” will travel to the middle Georgia trackFriday, April 29 – Sunday, May 1. The event will mark round two of the Southern Tour, which kicks off with the inaugural AKRA Sprint / Road Race doubleheaderMarch 18-20 at Carolina Motorsports Park.

The Herrin Compound is home to 2013 AMA Superbike Champion Josh Herrin. The facility features a technical nine-turn sprint course that’s primarily been used for supermoto-style motorcycle practice and racing. The Herrin family has been promoting and hosting supermoto practice days, events and series at their track since 2009.

Several kart teams have tested at the track over the years, and 2016 will mark the first time a competitive karting event has ever been held at the Herrin Compound.

“I think we’ve found a hidden gem,” Shampine stated about the Herrin Compound. “The track is smooth and challenging, the facility is very nice and well-maintained, and there are plenty of hotels, shopping and restaurants within miles. We hope this event will be the first of many AKRA events at the Herrin Compound. I think the racers and families will really enjoy coming to this place, and this event has us even more excited for the 2016 American Sprint Cup Series.”

A third confirmed date for the 2016 AKRA Sprint Cup is October 21-23 at 103rd Street Sports Complex in Jacksonville, FL. This Jacksonville event will be the inaugural “Grand National” of the AKRA Sprint Cup. More details on this event are coming soon.

AKRA is working to confirm a third round of the Southeast Tour and a Northern Tour schedule.

A new AKRA website dedicated to the American Sprint Cup Series will be announced soon.

AKRA officials are listening and we want to hear from you! If you’d like to share your thoughts on the new American Sprint Cup Series, contact AKRA’s Keith Shampine at 704-662-5350 / keithshampine@gmail.com or Bill McCutcheon at704-764-8138 / billmcfast@aol.com.