Registration for DKM 2016 has started 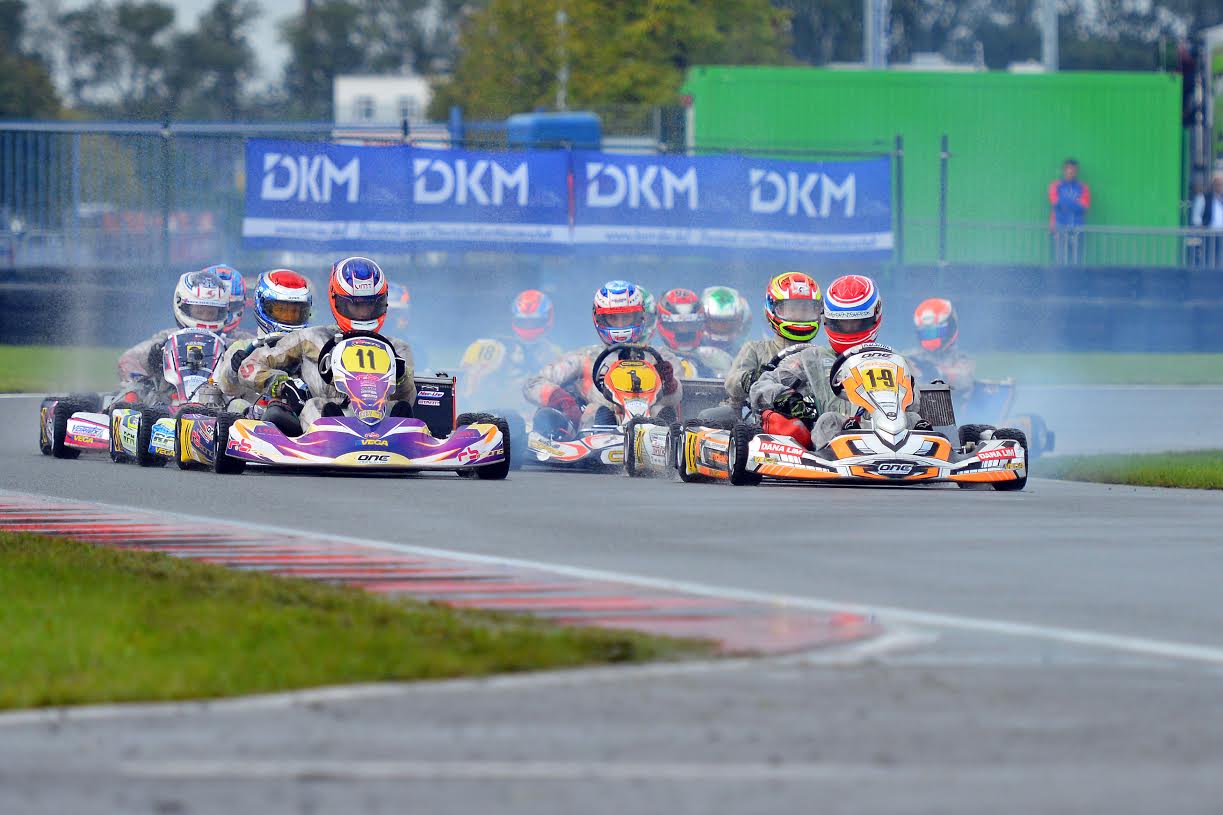 The DKM promises a lot of excitement in 2016. With the DMSB Shifterkart Cup, the highest German kart racing series is presenting a new class. At the DKM and DJKM the new OK engines are going to be used. The racing calendar is going to consist of five racing weekends again. Everyone who wants to take part can now find all the registration forms on the DKM website. The German Kart Championship is further developing and is going to present numerous innovations in 2016. With the DMSB Shifterkart Cup a fourth class is going to start within the framework of the highest German championship. The cup is an addition to the German Shifterkart Championship and is going to be the “second league” of German shifterkart racing.

There are a couple of innovations at the other classes as well. At the German Kart Championship as well as the German Junior Kart Championship, the DMSB is going to implement the international CIK-FIA engine rules and is going to use the new OK engines in 2016. Due to the omission of a clutch and less engine electronics the costs are going to be reduced and kart racing is going to go back to its roots.

In addition to the new class and the new engines the DKM is once again offering an attractive program. The four grade series DKM (OK), DJKM (OK-Junior), DSKM (KZ2) and DSKC (KZ2) are going to start during five racing weekends in Germany and Belgium. Things are going to start during the first weekend of May in Wackersdorf. After that everyone is going to travel to Ampfing, Genk (Belgium), Oschersleben and in the end Kerpen for the big finale. The halftime-race in Belgian Genk is going to be one of the highlights. Two weeks prior to the finale of the CIK-FIA European Kart Championship of the classes OK, OK-Junior, KZ1 and KZ2 this race is providing a perfect opportunity for preparation.

Nothing is going to change regarding the rest of the course of events though, all classes are going to start with Vega tires. Thereby the CIK-FIA, WSK and DKM are going to use the same tires. Additionally the DKM is going to provide extensive race control once again as well as 16 hours of live images every racing weekend.

Everyone who wants to be a part of the 2016 DKM can now enter their registration. The current registration forms are available for downloading on www.kart-dm.de. Everyone who enters their forms until March 11th 2016 only has to pay a registration fee of 2.100€ for the complete DKM, DJKM and DSKM season. Only 1.800€ are required for the DSKC season. Registrations entered at a later date are going to be charged 250€ extra per DMSB grade series.

Visitors of the International Kart Racing Fair that is going to take place from January 16th – 17th 2016 in Offenbach am Main can access lots of information about the DKM as well. In hall A1 – booth 14, the German Motorsport Foundation (DMSB) is going to present itself to the audience.