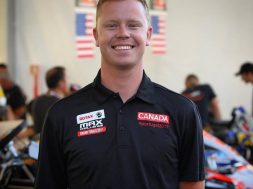 Ben Cooper kart world champion, he has been generous enough to take the time with us here at KNW for an interview on him!

Ben has had a great racing career in any championship he entered, he usually finished first. Here are his career highlights. 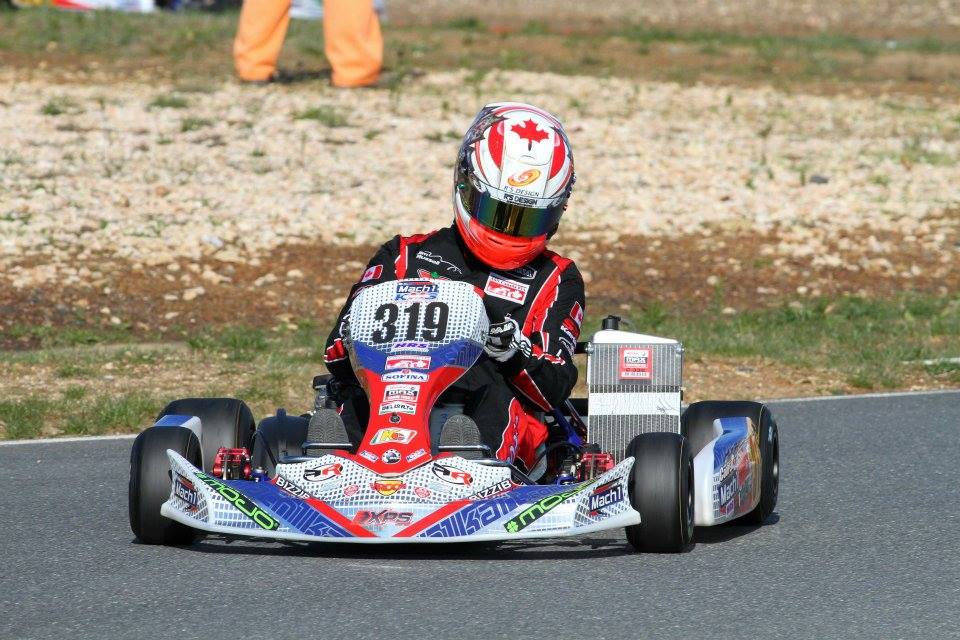 Hi, Ben thanks for taking the time to answer my questions.

First of all congratulations on your newborn son, how is it being a Dad? Sleeping much?

So far everything is going great.

Kim and I are both very lucky that Thomas is a good baby. He has just turned 6 months and things are starting to get fun now as he is starting to develop his personality.

When I talked to you at the Montreal Auto show you said that you weren’t at the Florida winter tour because there weren’t any Rotax classes running is this sign that drivers are looking to get out of the Rotax engine era?

I don’t think that it’s necessarily a sign that drivers are looking to get out of the Rotax program. I believe that it’s more like drivers/parents/teams look to go where the numbers are. For example, when you’re 18 and your looking to go to a bar when you’re walking down the street with your friends and you see two bars. One is full of people and the other only has just a handful of people. Which bar are you going to go in? The busy bar. It doesn’t really mean that that bar is better.

We all know that Rotax has had its issues in the last couple of years, but those issues are fixed now. I know when looking back to the UK that the Rotax numbers are picking back up again, which is very encouraging. Since I moved here in 2012, North America has generally been 2-3 years behind the UK/Europe. In 2013/2014 the Rotax numbers dropped in the UK (and they didn’t even have the EVO yet). In 2015/2016 the numbers dropped over here and it’s a cycle that I am sure will come back around.

You also said you had a new Junior Kart team setup with a lot of drivers, how many do you have lined-up for the 2018 season and who are they?

We are still waiting for confirmation on our exact numbers for this year, but we are looking at 16-18 drivers, which is great as we started this program off last year with 7. This program is based on ski teams, where children sign up to the team and included in the package is all the clothing, 10 full days coaching, with Cedrik Lupien, Sam Lupien and myself. Our goal is then to build the drivers up to a point where they ready for the last Coupe de Montreal race, which is also included in the package. We are trying to make the sport easy and accessible to the general public, especially kids. This way they don’t just buy a kart and go racing without any idea of what karting is. 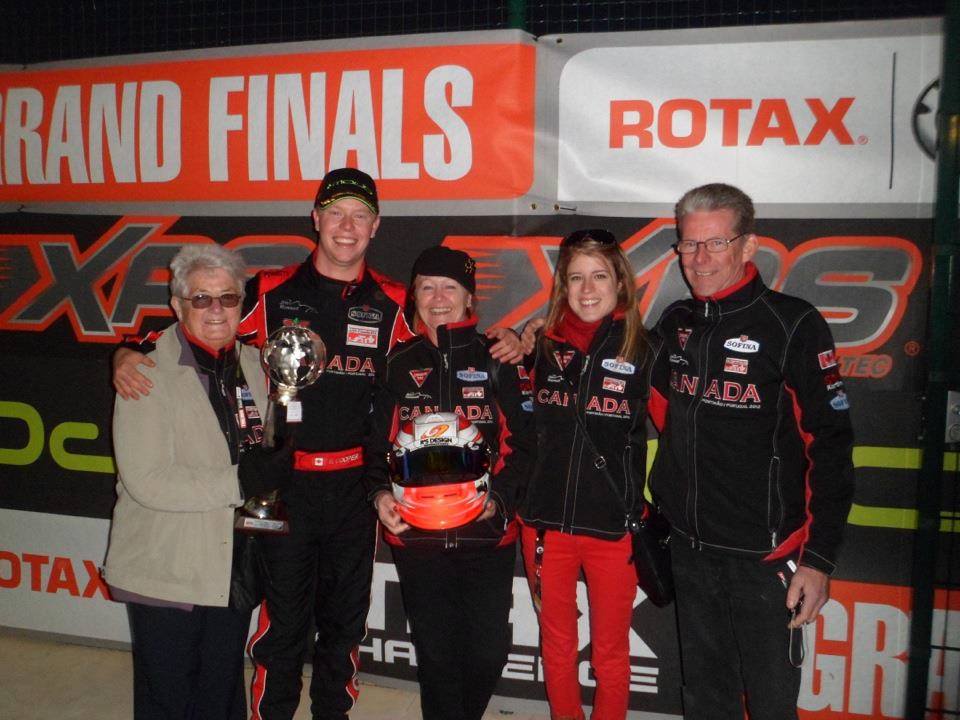 It’s always been a question that I’ve wanted to ask you if you hadn’t met the love of your life and decided to move to Canada where do you think you would be now in the racing world?

I hadn’t met Kim until I moved here, so I guess you can say that I would pretty much be where I am now.

I had a couple of offers to stay in Europe and race for some factory teams. Also at the same time, Michel Boisclair had offered me the opportunity to move out here and work at Karting Jim Russell. I didn’t particularly want to go back into the factory racing and I wanted to try something different.

Your decision to merge your team with PSL Karting, why?

With PSL changing to BirelART in the past few years, we had been trying to work closer together. Then at the start of last year, we decided to merge the 2 teams together for the year, with the goal being to utilize our team’s strengths as one. With BCR, the main strength is in the coaching and with PSL their main strength is in their technical ability. By joining the teams we would provide our customers with the best service possible.

Are you going to come out of retirement to race again and in which class?

Possibly. I actually haven’t been driving too much over the past year, so I need to get back in the seat before I get back into racing. I think if I was to get back into to racing, it would probably be in DD2 Masters and I would only do it if my son would like to race. When I turn 32 my son will be 4/5 and that could be a good way to see how he likes traveling to all the races and it would be a great opportunity for him to start learning.

Having tried to look up your team website I can’t seem to find it is there a reason?

It’s in process. I have the domain name ready, and the website should be coming online at some point during the year.

I think I would have probably stayed in karting. I have never had the funds to move up to car racing, but if I ever did, I would have liked to have gone into GT racing or Touring Cars, something along those lines.

Rotax Grand Finals, how many have you gone too total? And which was the most memorable?

I have actually been to 10 Grand Finals and I have competed at 7 of those.

There are 2 memories that stand out for me. The first memory is my favorite non-racing memory from the 2016 GF’s at Sarno in Italy. We won the Nations Cup and to see everyone from team Canada up on the podium was really special.

My favorite memory of the GF’s was when I won in 2012. It was my first time representing Canada and to see the happiness on everyone’s face when I had won was amazing. The first person waiting for me we I came out of parc ferme was Pier Luc Ouellette and he gave me a big hug, which showed great respect. Then there was Kim and my family, including my Grandmother who had come over to watch and the rest of team Canada waiting to congratulate me. That will be a story that I can’t wait to tell my son when he is older.

Which is your favorite track and why?

Salbris in France. It has such a good rhythm to it and when you get into that rhythm you feel like you could just keep driving all day.

What are your objectives for yourself and your team for 2018?

For myself, it would be, be there for Kim and Thomas as much as I can in our family life. In a working environment, I am really looking forward to starting training our junior team drivers again. I am excited to keep finding new talents and help new drivers start racing. 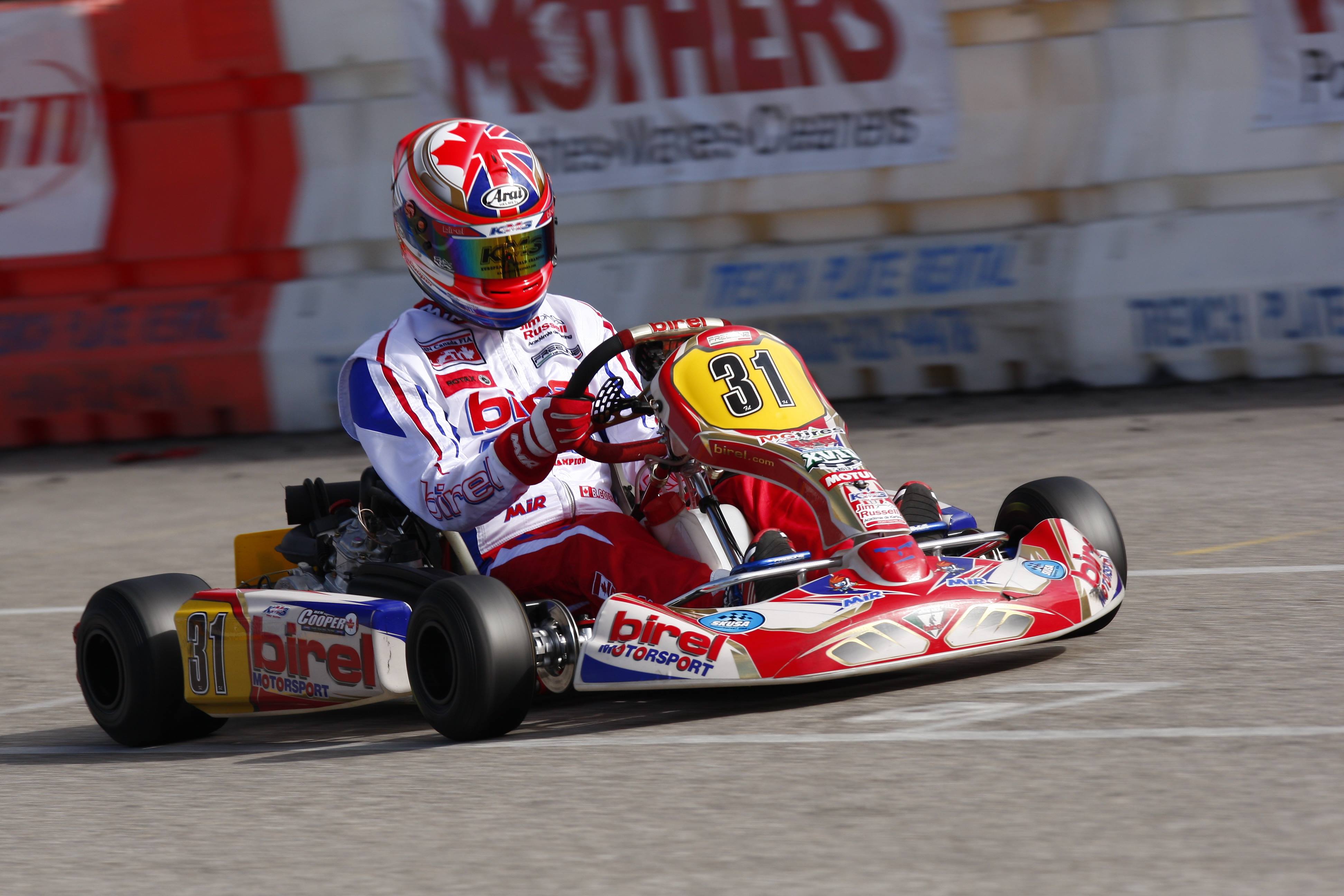 Thank you, Ben, for answering my questions and I hope I can count on you for some more news in the future!