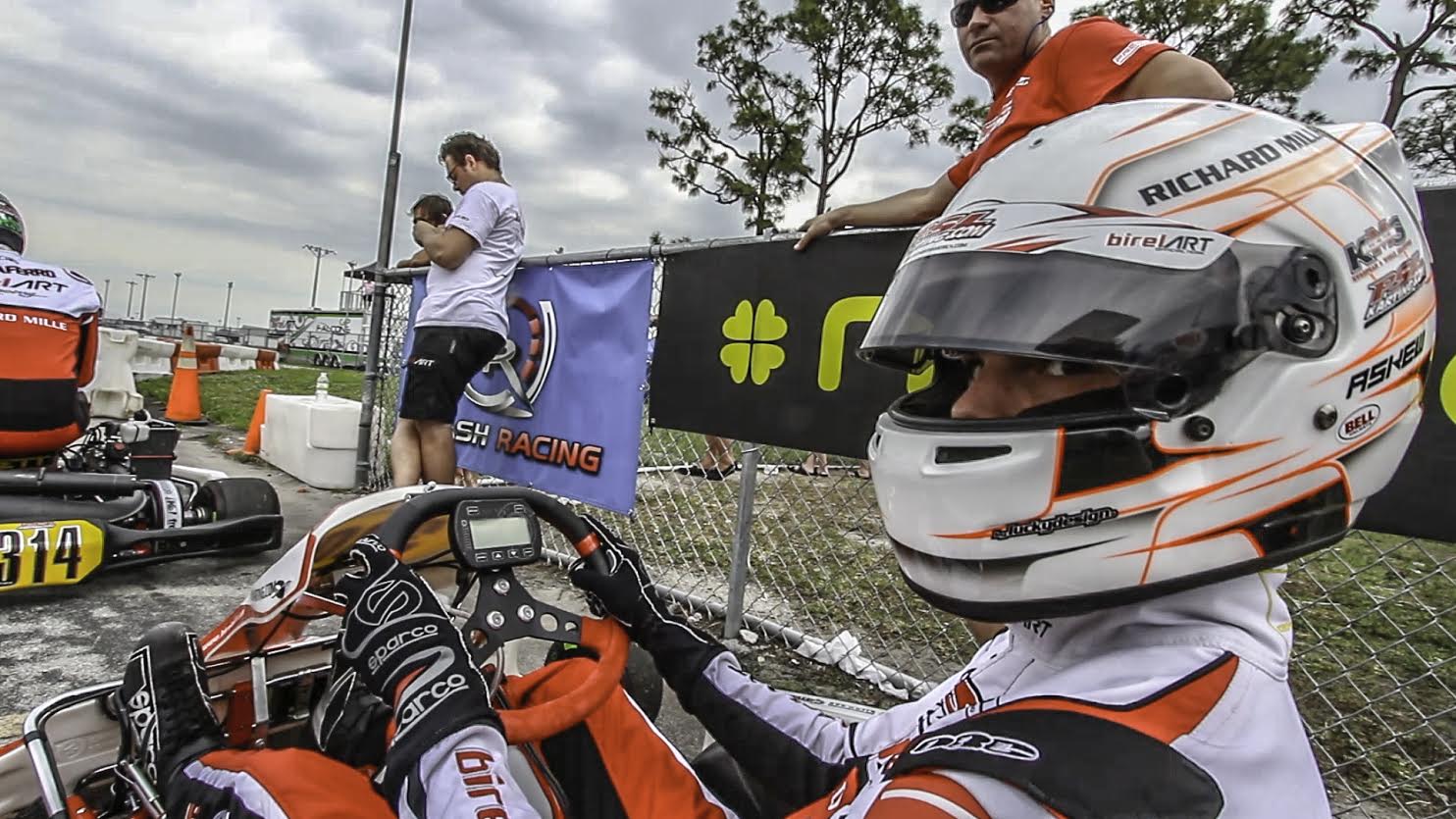 Coming back to Palm Beach International raceway after 4 years was a challenge with the new additions to the track and the changining weather, but PSL was able to conquer and secure the DD2 Championship.

This weekend was a massive challenge for all teams, as the points had doubled making the championship even more difficult to claim.  In Senior Max, PSL’s newest recruit, Gianfranco Mazzaferro qualified P2, missing pole by only 0.04 tenths and Askew qualifying P4 at 0.05 off pole time.  After some seriously close racing and tough heats, Askew and Mazzaferro would keep the red wagons at the front throughout the weekend.  While leading the pre-final, Askew would suffer a mechanical failure retiring him on the last corner of the last lap.  Mazzaferro would bring home his Birel ART for a P5 finish in the final.

In Junior, Andersen Racing’s Aiden Keel finished second after some impressive driving all weekend. PSL’s Dylan Tavella finished P5 while also proving the abilities of the  Birel ART chassis.  De Alba would finish P15, but had the fastest lap in the final on his RY-30.  The 32yrs+ category, Max-Masters, would see an injured Christophe Adams finish P1.

DD2 and DD2 masters, a class the Birel ART has been developing for years, would see the young and talented Michael McCarthy of Andersen racing, finish P3 in the final.  McCarthy was on pace with Askew most of the weekend, and is an up and coming talent at the Andersen Racing team.  Askew would go on to win the Championship and the final, but recieved a 10-Second penalty in the end. Luis Schiavo also win in DD2 masters after dominating most of the weekend.

“The Florida Winter Tour is an important championship for teams to set the tone for the remainder of the season. We have accomplished our goals of re-organizing the race team, and working on our R&D program.  Now we move forward with US OPEN and SKUSA in just a few weeks time. I’d like to thank all our partners and drivers for their continued support of PSL.” – Coy Arbour, PSL Team Manager.