DIEGO LAROQUE THANKS SUPPORTERS AS HE STARTS 2016 SEASON 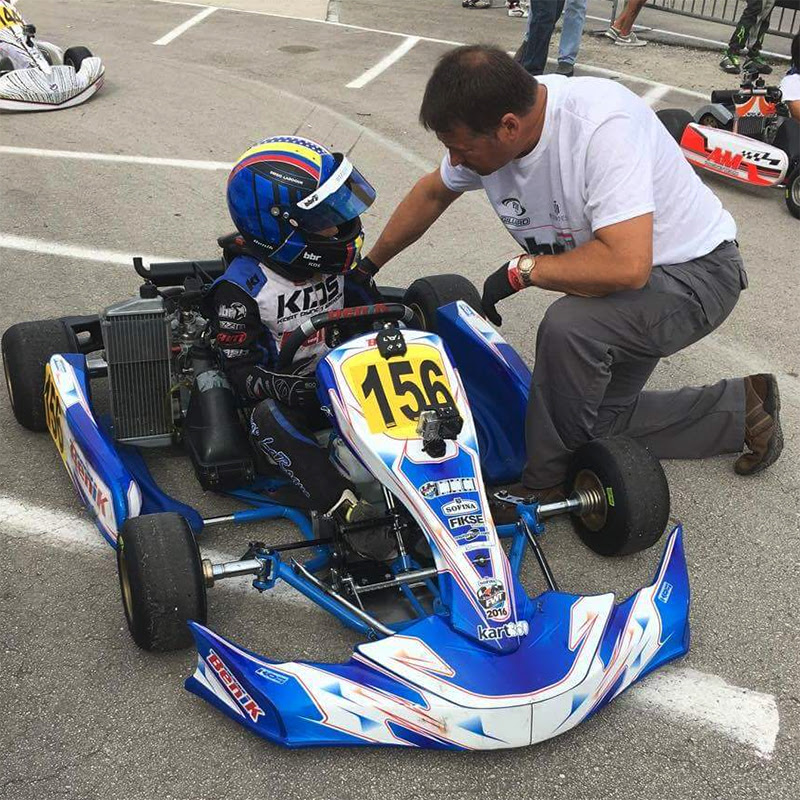 Diego LaRoque, an elite Rotax driver now in the Rotax Mini Max ranks, would like to thank Daryle Redlin of Fikse Wheels for his sponsorship at the first round of the Florida Winter Tour, held January 22-24 at Homestead-Miami Speedway. Stepping up to the plate to help competitors attend events that they would be less likely not to participate in, Fikse Wheels was able to help support LaRoque and his racing efforts in 2016.
“I’m grateful that Fikse Wheels gave me the chance to race for them,” LaRoque said. “I’m thankful for their support and was proud to call them a partner of our program for the first round of the Florida Winter Tour.”
LaRoque struggled a bit to begin the weekend and would start the weekend’s final race in the 21st position. By the end of the race, he had worked his way to a tenth place result as he completed his first event of the 2016 season, and his first in the talent-filled Rotax Mini Max class.
As the 2016 season gets into full swing, LaRoque will race the BENIK 1010 chassis, which is currently in development. Working with the designers, LaRoque will race the current model and will help the team improve the chassis as they work to finalize the design over the course of the season.
LaRoque has high expectations for the 2016 season and looks forward to the continued support of his fans, family and sponsors.
tags: Benik kart DIEGO LAROQUE
previous GREAT START FOR MARANELLO KART NORTH AMERICA: ROBERT WICKENS TAKES THE WIN IN DD2
next GREAT PERFORMANCE BY CRG DRIVERS AT THE FLORIDA WINTER TOUR