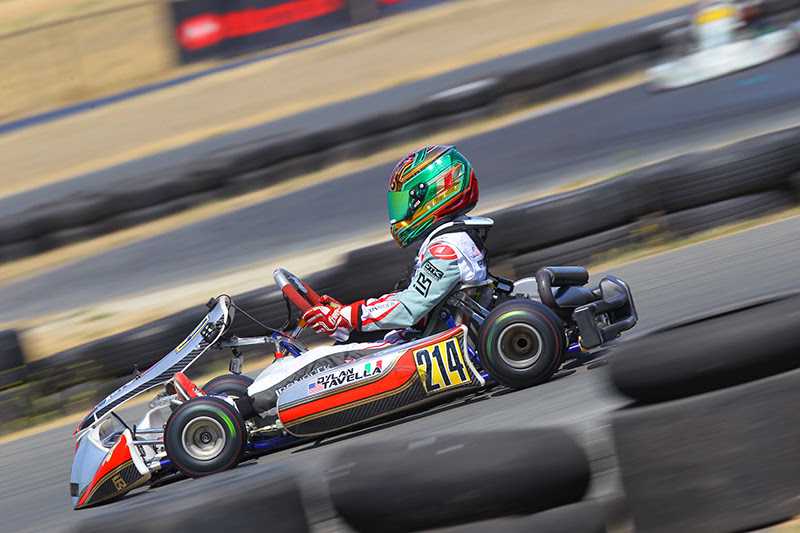 0
0   0
“Multi-time national champion is set for the big stage overseas”
New York resident and Tony Kart driver Dylan Tavella has been on a tear throughout the 2016 season. Claiming wins in MAXSpeed Entertainment promoted events and SuperKarts! USA (SKUSA) competition, the multi-time champion went on to win the United States Rotax MAX Challenge Grand Nationals in early August. With the win and title of ‘National Champion’, Dylan received an invite to join Team USA at the Rotax MAX Challenge Grand Finals at the Circuito Internazionale di Napoli in Sarno, Italy October 16-22.
“At the beginning of the year, I had a few major goals,” explained Tavella. “One of them was to win the Rotax Grand Nationals and join Team USA in Italy and I achieved that in August. It was a tough battle with a strong field of drivers but we were able to come out on top.”
With his third Rotax National Championship added to his resume and several of North America’s top series in their traditional fall break, the New Yorker has been able to begin his focus on the Sarno facility in his quest to become Grand Finals Champion.
Tavella continued, “We have done some testing and I have really done my homework on the facility and the surrounding area. I have had the chance to speak to other competitors that have driven the track and taken all the advice they have given me. I am committed to having success and will work hard to achieve it.”
Joining Tavella in Italy will be tuner and driver coach Mike Doty as well as Team Manager Charlie Swayne as the trio will work together in their quest for victory. Having to trade in his familiar OTK Tony Kart chassis for the spec and supplied Praga Kart, the 14-year-old is taking it all in stride as he beams with confidence heading into one of his biggest race weekends of the season.
With the kart draw taking place on October 16, on track action will begin on Monday, October 17 with practice. As the week continues on, qualifying and heat races will close out the workweek while main events will take place on Saturday, October 22.
After the Grand Finals in Italy, Dylan will enjoy little time off he will be on a plane back to North America to do battle in the US Open finale Las Vegas November 2-5 before competing at the SKUSA SuperNationals November 16-20.
For more information on Dylan Tavella including news, profile, media and contact information, please visit him online atwww.DylanTavella.com.
tags: Dylan Tavella Rotax grand finals 2016
previous LA FONDATION JULIE TONELLI AUX CÔTÉS DES TALENTS RÉCOMPENSÉS À LAVAL
next RM Concept, toujours à la pointe des teams français